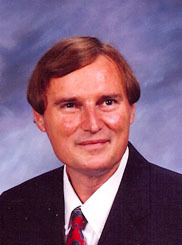 As I have previously written, I have a lot of respect for Gov. Nathan Deal of Georgia. Although he calls himself a conservative, in many ways he is progressive.

One of his progressive acts was to let the voters in Georgia determine if they wanted alcoholic beverages sold on Sunday. I personally do not drink alcohol.

However if a person wants to drink alcohol with his Sunday meal at a local restaurant, he should have the right to do that. He doesn’t need preachers like me telling him what to do.

Another progressive act that Deal did was not to support the discriminatory laws against gays, lesbians and transgenders. He realized first of all that, according to the United States Constitution, homosexuals and transgender people are not second-class citizens.

All law-abiding citizens should have the same rights. Everyone is to be treated fairly under the law.

I understand that some conservatives wanted to impeach the governor because he has shown common sense. Deal listened to the business community — Coke, Apple, Delta, the Atlanta Falcons and others — who don’t want Georgia to be the laughing stock of the nation.

An incompetent governor is Pat McCrory of North Carolina. My wife has relatives who live in North Carolina. They are very embarrassed by the governor’s support of a bill which encourages all public bathrooms to be 100-percent monitored to determine who is transgender.

I have many problems with McCrory’s bill. First, we should remember that less than 1 percent of the American population are transgender. The chances of meeting a transgender person in a public bathroom is very small.

The new leader of the Republican Party is Donald J. Trump. Trump is vehemently opposed to the bill. He has said repeatedly that he will not monitor a person’s sexuality in any of his thousands of bathrooms.

First, Trump says it would cost a lot of money to hire and pay the thousands of monitors needed to patrol all his restrooms. Trump, being a smart businessman, is not going to spend his money foolishly.

The major problem is that most businesses in North Carolina are not going to participate in the program. In other words, the law is not enforceable. What good is a law when most people ignore it?

I thank my Creator, God, that McCrory is not our governor. I do feel sorry for the fine people in North Carolina who have to put up with him.

In conclusion, I want neither a man nor a camera to monitor me when I go into a public restroom. I want only privacy.

People like McCrory and other big government politicians want to destroy my right of privacy as a heterosexual male. I resent that very much.