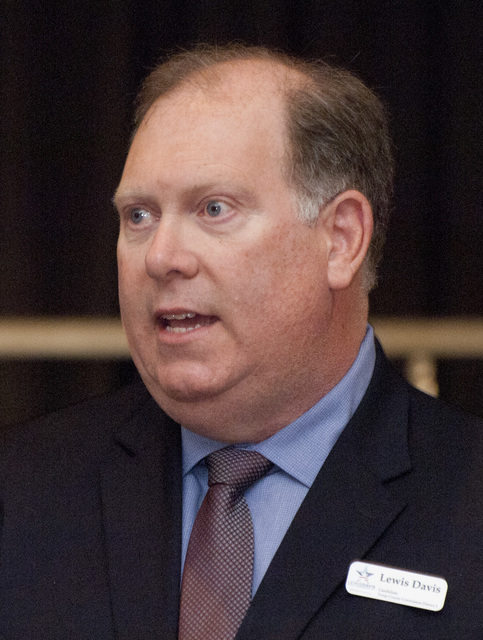 Neither race had Democratic candidates, meaning Davis and Cadenhead effectively take the seats and will have no opposition in the Nov. 8 general election.

Davis won the seat with 61.6 percent, or 1,274 votes; Foster garnered 795 votes, according to initial reports from the Troup County Board of Elections and Registration.

Speaking to the Daily News, Davis thanked his supporters, campaign volunteers and family for their support.

“I am excited beyond belief, but mainly I’m humbled and thankful,” Davis said. “I want to express my thanks to the people, not only in my district, but throughout the county, especially my campaign workers. The help I’ve had was unbelievable. I look forward to working for the people of Troup County to make this a better place to live. My family, my wife and my son, they’ve been through a lot and I appreciate they’ve put up with the dream I’ve had all my life.”

Davis also said he spoke with his opponent, Foster, Tuesday evening and thanked him for his service as a commissioner.

“Tripp Foster called me last night, most graciously,” Davis said. “He was very nice, and I really appreciate he did that, and I appreciate his service to Troup County.”

Foster told the Daily News he similarly appreciated the support of his constituents and said he would continue to work for Troup County residents as he finishes his term.

“It’s been a pleasure to have represented many people of all walks of life in Troup County,” Foster said. “I am grateful for the opportunity to have served, and I wish Mr. Davis well next year as he starts a journey that he so longed for in public service. I want to thank the people who voted for me and most of all, my family and friends who supported me. I look forward to finishing out the next six months for the people who I proudly represent.”

Cadenhead won the seat with 80.9 percent, or 1,575 votes; Lee took 371 votes, according to initial reports from the Troup County Board of Elections and Registration. Incumbent Republican Buck Davis is not seeking re-election.

Cadenhead, a retired utility service manager, said he felt “really good” and thanked the community for supporting him.

“We had a good turnout, and I had a great campaign committee behind us,” he said. “The community turned out and voted their thoughts and I’m really proud for Troup County. I’m ready to keep moving forward. I think Buck Davis served his time honorably, and I’m looking forward to working with the other commissioners and county manager.”

He added that he plans to listen to the concerns of his constituents and would take time to work with fellow commissioners.

“It takes a little while to get oriented and figure out what you can and can’t do, but I’ll be looking after the will of the people,” Cadenhead said. “I’ve had a number of suggestions, but I’m not at liberty to discuss those yet. We have a lot of concerns with people in my district and I’d like to share them with other commissioners and resolve.”

He also thanked his competitor, Lee, and said, “I wish him the best at whatever he undertakes.”

Lee could not be reached for comment at press time.

Incumbent J. Morris Jones, a Republican, faced no Democratic challenger for the County Commission District 4 seat and received 100 percent of the 1,815 votes. No other commission seats were up for election.