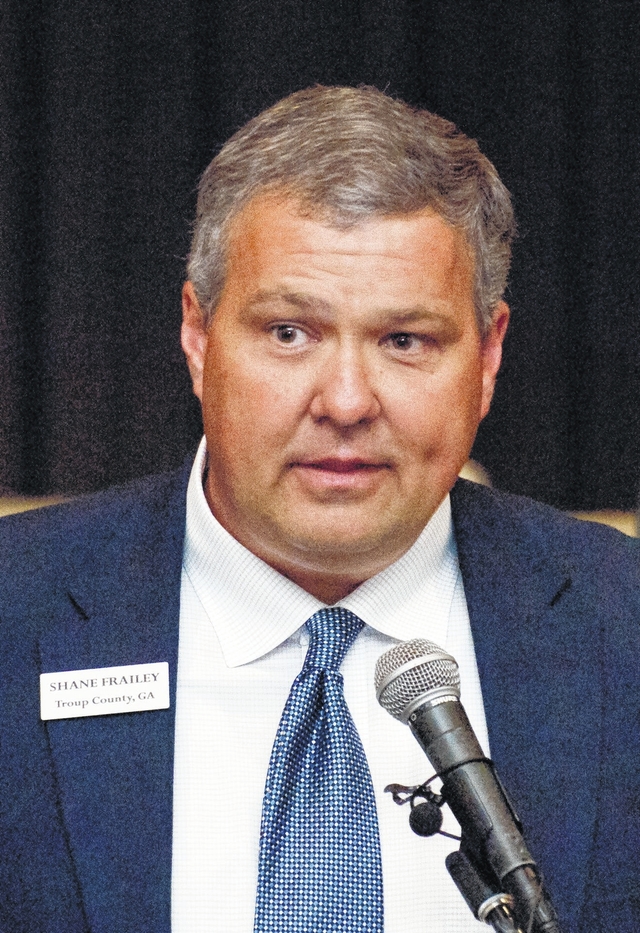 LaGRANGE — It was one of the more hotly contested races, but by the end of Tuesday night Shane Frailey was the apparent new tax commissioner-elect for Troup County.

Frailey ended up with 55.71 percent of the votes, a total 3,637, according to results from the Troup County Board of Elections and Registration.

Frailey has worked as a deputy with the Troup County Sheriff’s Office. He took leave while running for office.

In previous statements, Frailey believed part of his appeal as county tax commissioner was his experience running the sheriff’s operations at the county courthouse. Frailey stated during his tenure he helped collect more than $2.5 million in back taxes to be transferred to the tax collector’s office and the county.

“I would just like to thank all the citizens who believed in me,” Frailey told the Daily News this morning. “The last 26 years have been great serving the citizens, and I will continue to do that in a professional manner as your tax commissioner. … I would also like to thank my family and friends for their support.”

Hunnicutt said despite losing the election, he still felt good about his campaign.

“I feel like I ran a good race. I ran a clean, honest race,” he said by phone Tuesday night. “I feel like I couldn’t overcome an opponent who was very well known throughout the community … but I’d like to congratulate Mr. Frailey. I hope he gets in there and works hard for the citizens living in our community.”

This was Hunnicutt’s first campaign for a position in politics, and he said he believed his background in running a financial service business truly qualified him for the tax commissioner position. He does not discount the idea of running for another political office in the future.

“This was really enjoyable,” Hunnicutt said. “I enjoyed getting out, meeting people and reaching out to people around the community. It made this experience very memorable.

“Thank you to all the people who supported me, came out, heard what I had to say … and voted for me,” he added.

LeFevers, a pastor and former director of operations and human resources for a federal bankruptcy trustee, said earlier in the campaign for tax commissioner he helped administer more than 10,000 bankruptcies totaling more than $84 million annually and would bring that experience to the tax commissioner’s office.

He said he wanted to take “customer service to a whole new level” by educating the residents of Troup County about tax exemptions, property taxes and assist them in understanding their tax bill.

LeFevers was unavailable for comment at press time this morning.

Frailey is expected to return to work next week and will continue his duties as a deputy until late fall, said Troup County Sheriff James Woodruff.

Frailey is expected to take office as the new Troup County tax commissioner in January.

All candidates were Republican and no Democrats ran for the position, meaning the winner faces no opposition in the general election.

Frailey will replace Tax Commissioner Gary Wood, who did not seek re-election.