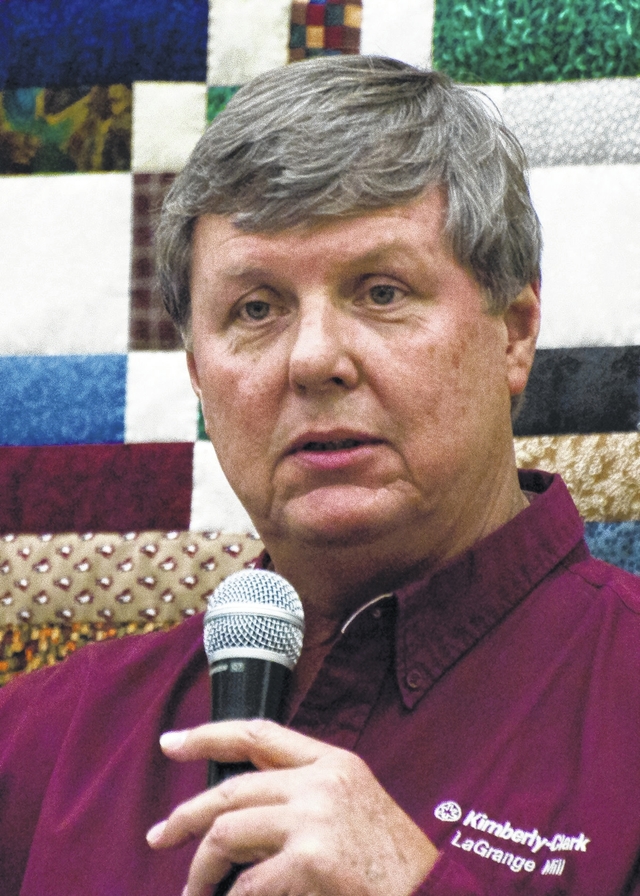 LaGRANGE — One contested Board of Education race was apparently decided and another will head into a runoff, while voters approved continuing the 1 percent educational special-purpose, local-option sales tax for another five years.

Board of Education District 5

A runoff election on July 26 will decide between candidates Cathy Hunt and John Asbell for the District 5 seat after neither garnered more than 50 percent of votes Tuesday. Hunt led with 45.62 percent — 541 votes — to Asbell’s 37.1 percent — 440 votes. The third candidate, Kendall Butler, garnered 205 votes.

“I’m very encouraged about the results and want to thank everybody who’s been supportive and ask them to hang in there a little while longer,” Hunt said this morning. “… I’m going to continue to work hard to spread my message that electing a veteran teacher to the board would add valuable perspective to import decision making.”

Asbell also thanked his fellow candidates for helping get voters to the polls.

“I’m excited and looking forward to the continued opportunity to be part of the conversation with parents and the community about issues, and how to transform education in Troup County and throughout the region,” Asbell said. “I’m looking forward to July and encourage people to get out to vote. It’s going to be real important and shape our future. There will be a significant impact with four new board members.”

The winner will replace board member Debbie Burdette, who did not seek re-election.

The Board of Elections races are non-partisan and will appear on all ballots, regardless of party.

Board of Education District 6

Franklin was unavailable for comment at press time this morning.

He will replace board member Ashley Adams, who did not seek re-election.

The renewal of the proposed E-SPLOST measure, the system’s fifth, passed at 63.5 percent — 5,062 votes — with 2,910 votes in opposition. Troup County School System Superintendent Cole Pugh said he was grateful for voters’ support of the measure.

“The voters of Troup County have once again shown that education is the heart of this community,” he said in a written statement. “We are grateful our stakeholders have placed their confidence in moving the school system forward by supporting the continuation of education SPLOST for 2017 to 2022, and we will continue providing a quality education with each dollar received. This is a win for students, staff and the entire community as we seek to have more graduates college and career ready. On behalf of the Troup County Board of Education, thank you for believing in the future of our children.”

Board of Education districts 2 and 3

With no opposition, the candidates in other two districts up for election were shoe-ins.

Kirk Hancock will take the reins of District 2 with 1,156 votes, 99.57 percent. There were five write-in votes.

In District 3, Brandon Brooks is the apparent board member-elect with 977 votes, 99.09 percent. There were nine write-in votes.

Both candidates are newcomers, replacing board members Dianne Matthews and Sheila Rowe, who did not seek re-election.