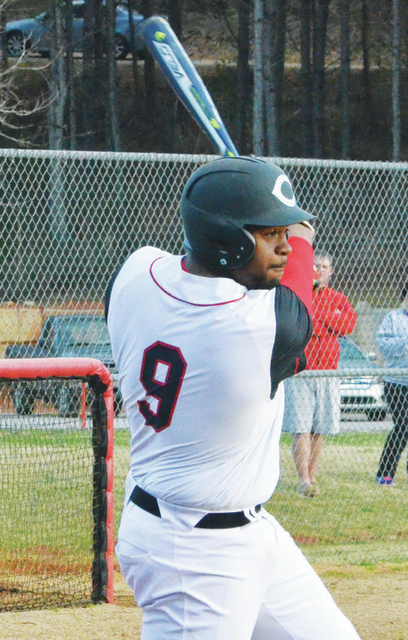 HOGANSVILLE – Three seniors who helped the Callaway Cavaliers reach the second round of the state baseball playoffs are among the team’s representatives on the all-Region 5-AAA team.

Seniors Hunter Rollins, Devin Brock and Cortney Laye were second-team picks on the all-region team, while junior Dylan Johnson made the first team.

Johnson, who’ll lead a talented group of returning players, had an outstanding season.

Johnson, an outfielder, was an anchor of the lineup, and he was also a key member of the pitching staff.

Brock, an outfielder, was Callaway’s leadoff hitter, and he did a stellar job in that role this season.

“Coach (Dusty Hubbard) says in the leadoff position, you just have to get on base any way you can,” Brock said. “The leadoff batter is going to start everything. If I can get on base, then usually the people behind me are the better power hitters, and they’ll get me in. It’s all a system. Everybody works together.”

Laye, Callaway’s first baseman, had one of the team’s biggest hits of the season.

In Game 3 of an opening-round playoff series against Hart County, Laye came through with a two-out double in the seventh and final inning of a scoreless game.

The next batter, senior Javoski Leverette, won the the game with a double.

“I was just thinking to try to find a way to get on base, and just try to pass the bat down to the next guy,” Laye said. “I was lucky enough to do it. I got a good pitch to handle, and I put a good swing on it.”

Laye made his mark in two sports at Callaway.

He was a multi-year starter in football and baseball, and he’ll be joining the Clark Atlanta University football team this fall as an offensive lineman.

Rollins had a fantastic senior season.

He was the Cavaliers’ starting catcher and he was terrific in that role, and he was also a clutch performer on the pitcher’s mound and at the plate.

Rollins, knowing he’d be the every-day catcher, dropped about 30 pounds between his junior and senior seasons.

“I kind of started getting ready at the end of last season,” Rollins said. “I got in the weight room and tried to get bigger and more in shape. I know that there weren’t any more catchers besides me. I knew I’d have to do a lot behind the plate this year.”