‘No tolerance’ on roads this holiday weekend 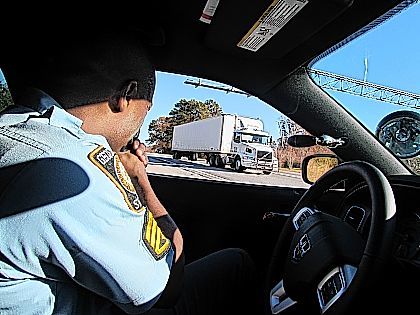 LaGRANGE — Speed and human error played a part in two separate wrecks on two different days in the same area of the northbound lanes of Interstate 85 this past week, according to the Georgia State Patrol.

On Monday, just after 7 p.m., an Infiniti Q60 sedan traveling in the left lane struck a trailer being hauled behind a Chevrolet Express van near the Hogansville exit, according to information from state patrol.

The trailer swerved into the right lane, veered back into the left lane and smashed into both the van and the Infiniti, according to information from GSP. The collision caused both vehicles to overturn into the median.

The driver of the Infiniti was taken by helicopter to Grady hospital in Atlanta, GSP officials stated.

The passenger in that car and three people in the van were taken to area hospitals for treatment.

About 7:10 p.m. Tuesday, two people were seriously hurt when the van they were riding in hit the back of a tractor-trailer just south of the exit ramp, Georgia State Patrol officials stated.

The impact was so great, the roof of the van was ripped almost completely off the vehicle, Trooper Brad Walker said. At least one of the passengers was thrown into the road, even though he was wearing his seat belt. The force of the collision broke the seat belt free from the van, Walker stated.

The two people inside the van, only identified as a father and son from Norcross, were flown to area hospitals for treatment.

No charges have been filed in either wreck so far.

Both of those accidents could have been avoided, said Sgt. Maurice Raines, commander of Georgia State Patrol Post 2 in LaGrange.

“Those two wrecks right there are driver error,” he explained. “The drivers were focusing on something else other than driving and failed to realize that speeding kills. They didn’t see that the other drivers were slowing down.”

The accidents kicked off a week when interstates and roadways around the country will be packed with people getting a head start on the Memorial Day holiday weekend. It is one of the busiest travel weeks — and can also be one of the deadliest.

“Everyone is excited about traveling to beaches, mountains or the coastal waterways,” said Raines. “But in that excitement, we can become negligent about driving safe. Drivers need to make sure they’re not following too close or distracted by devices like cellphones. They also need to check their car before they hit the road and just flat out slow down. Speed does kill.”

The Georgia State Patrol will be partnering with other agencies around the region to increase their visibility on the roads and catch folks breaking the law.

Though Raines admitted his post is understaffed — as is the entire agency —fewer troopers on the interstates does not mean they will be taking it easy on travelers this Memorial Day weekend.

“Whether it’s tailgating, speeding, aggressive driving, driving while impaired from drugs or alcohol … we are taking a no tolerance attitude,” Raines said. “If you drink and drive instead of driving and not drinking, rest assured you will hit a road block somewhere and you will be arrested. … Even if you arrive to your destination late, you will at least arrive alive.”