It was fun while it lasted!

I am 93 now and I do not travel like I once did. Sometimes I have the desire to go to the Atlanta airport and just get on a plane and go “somewhere.” I console myself by remembering that I have been “somewhere” before.

I have had 60 cruises — most on Holland American — and I flew to Europe five times; one time to Europe by ship. I have had the experience. I walked to the bottom of the Grand Canyon; I visited eastern and western Canada and rode the train from coast to coast. I toured beautiful Nova Scotia and would love to live there.

Before WWII my travels consisted of the yearly visit to Daytona Beach, but after the war I started to work and promised myself that I would save my money and see some of this world. My first new love was the Bahamas. I always met people who would give me a ride in their boats and on one trip I met Burl Ives.

He rented a 25-foot sail boat and asked me to go with him for a week’s tour to some of the other islands. Jamaica was always the place to go for Christmas and the weather was great. On one trip I rented a car and spent a month touring the island.

Sometimes traveling alone can be lonely, so I took tours to the Central American countries; Mexico and the South American countries of Columbia and Venezuela. By ship I passed through the Panama Canal on three different cruises, always a thrill, how did they do it?

Back in my Air Force days I was up and down and across the United States before getting into my B-29 aircraft and flying first to Hawaii, then Guam and finally Saipan, my home for the next year. I was a command gunner — sitting up in the top blister — so I had a great view of everything.

After all of this writing, the story I want to tell is entitled, “Walking the Streets of Tokyo.” On Saipan we lived right near a cliff overlooking the sea and had a view of the island of Tinian, just 20 miles away.

At 2:45 a.m. in the morning I was walking near the cliff and saw the Enola Gay take off. This was Aug. 6, 1945. Other planes took off that morning but did so before I arrived on the cliff. I knew something was different for we never flew at that hour, and we had received some new ships with rumor that the invasion was going to happen soon.

After the bombing of Hiroshima and Nagasaki we waited for the word; would we invade or would Japan surrender? Finally the day for surrender arrived. This took place on Sept. 2, 1945, on board the battleship Missouri sitting right there in the middle of Tokyo Bay.

How do I know when and where this event took place? Well, at the very moment the signing took place there were 1,500 American aircraft flying across the bay. There were 1,300 Navy planes and 200 B-29s. I was in one of those B-29s.

Our pilot told us to tune into a certain channel and we heard the sound from all of these engines being picked up by the microphones on the ship, sent to Hawaii and back to us.

Now the show was over and we all had to get back home, but those of us who had been up the longest were running low in fuel. We could not make it back to Saipan so we headed to Iwo — this is why we took Iwo.

Iwo is 9 square miles of volcanic rock and that night there were 100 B-29s spending the night. The next day we refueled and headed for home.

Incidentally, it is a 14-hour run from Saipan to Tokyo and back and high winds and engine trouble can make you take the emergency stop in Iwo. Most of the time on these long missions we had no breakfast and no lunch, but overnight on Iwo they always gave us a peanut butter sandwich and a shot of Whiskey. We slept in the plane then, up at sunrise to wait for the fuel trucks so we could fill up and head for home.

Two weeks after the surrender we started dropping supplies to the prisoner of war camps, when we could find them! McArthur had ordered the Japanese to paint a white P and W on the roof of the camps so we could find them.

A B-29 is made for high altitude flying and here we were flying at tree top level looking for these camps. We almost crashed twice so never found some of the camps. On our last P.O.W. mission we had an engine go out and had other problems so our pilot asked for permission to make an emergency landing in Japan.

We thought we might land in Yokohama or Tokyo but the Japanese were still in control there so we were told to land at Atsugie Air Base — near Yokohama. There were no accommodations there for us and we were told to take the train to Tokyo where McArthur had confiscated the Emperial Hotel for the use of the occupational forces.

We were the third American aircraft to land in Japan and the only B-29 to ever land in Japan, the others crashed! At the hotel we were to take any room we liked, they were all empty — no furniture — so we slept on the floor for three nights.

We longed to take a hot shower in the beautiful bathroom, but we had no soap or towels. The Army had set up a G.I. kitchen in the basement so we found some food. We spent three days just walking the streets of Tokyo; just walking and looking at all the damage our bombs had caused.

We stayed together — the 11 of us — as we walked down the middle of the streets; there was no traffic. The local people just ignored us and looked away; but I had to think, what if they knew we were the ones who dropped the fire bombs on their homes just a few weeks ago.

People were living in bombed out stores and others lined the sidewalks displaying things they wanted to sell. We had little money with us; in fact, I had $15, so I bought two paint brush holders, a Japanese flag and a painting of a garden scene.

Back at the Atsugie air field, the engine had been repaired and the Army agreed to give us enough fuel to reach Iwo Jima. Now it was one more night on Iwo and we were home.

OUR VIEW: Don’t panic buy toys due to possible shortage 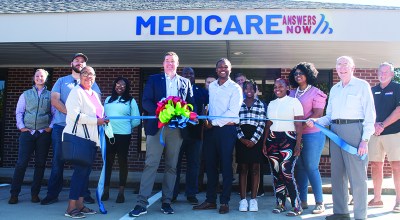 LaGrange-Troup Chamber of Commerce diplomat gets his day

TURES COLUMN: Why so many fail to learn the lessons from ‘Moneyball’

Columnist: We’d do anything for vets, except support them…