Plenty of winning for LaGrange College 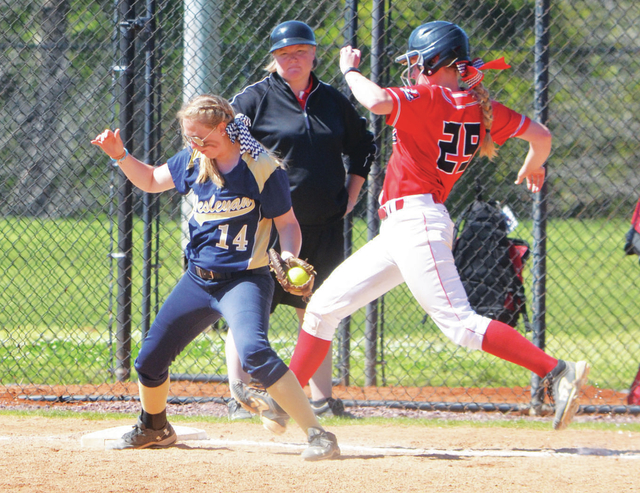 LAGRANGE – They had to sit and wait.

When the LaGrange College Panthers were beaten in the USA South men’s basketball championship game, they were denied an automatic invitation to the NCAA Division III men’s basketball tournament, so they had to wait a few days to see if they’d earn an at-large bid.

Two days after the loss to Covenant, LaGrange College’s players got together to see if the NCAA bid would be upcoming.

After six of the eight teams in the Emory regional were announced, LaGrange College’sname appeared at the bottom of the bracket, and the celebration was on.

“We were nervous and confident that we would be selected for the NCAA tournament,” LaGrange College head coach Kendal Wallace said after the bid was announced. “We scheduled the best teams we could find and I believe that worked in our favor. Also, the USA South conference was very strong this year which helped immensely. Our players have played their hearts out this season and deserve this opportunity.”

Unfortunately for the Panthers, their stay in the NCAA tournament was short-lived.

In an opening-round game, LaGrange College lost a 93-91 heart-breaker to Birmingham Southern.

The season was still an unqualified success for the Panthers, who went 20-9 and made it to the NCAA tournament for a third consecutive year.

“I’m very proud of what we’ve done at LaGrange,” Wallace said after the loss. “Coach (David) McGrill, my staff, and all the young men that have come through there and put themselves on the line, and (there’s) sweat, and tears, and everything that’s involved with the game of basketball.”

In 2014 and 2015, LaGrange College won the USA South tournament championship to reach the NCAA tournament.

Wallace felt getting an at-large bid was an indication of the solid reputation the program has established.

“Getting the at-large bid shows that the national committee is considering LaGrange as a national contender somewhat,” Wallace said. “We feel like we have one of the strongest basketball programs in the south, and if you would have told people that five years ago, they wouldn’t have believed it.”

Leading the way for the Panthers were junior Justyn Olson and senior Mark Wagner, who were both named to the all-USA South team.

Olson led the team with 16.5 points per game, and Wagner scored 15 points a game.

FAMILIAR SPOT: Under coach Lee Richter, who began the golf program in 1993, the Panthers have grown accustomed to playing on the highest level.

Whatever division the Panthers have been a part of over the past 20-plus years, they’ve usually been one of the top teams.

So it was no surprise to see the Panthers playing in the NCAA Division III national championship this spring.

The Panthers played in the NCAA championship for the eighth time under Richter, and they ended up finishing 14th, one year after placing second in the country.

The Panthers were led by junior Logan Lanier, who finished sixth in the NCAA tournament.

Among those players, only Ball was a senior.

“We have a lot of players coming back next season,” Richter said. “We’ll have a lot to look forward to like hosting the USA South conference tournament and hopefully another trip to the national tournament.”

Bearden, who’d already been named the conference’s runner of the year, finished the six-kilometer race more than 30 seconds ahead of her closest competitor.

Bearden helped the Panthers finish fifth as a team.

“It has been a strong season for Sarah so far. She started with a desire to work hard and do well,” LaGrange College coach Joe Strickland. “It is great to see all the work she has put in the season get noticed by the other teams in the USA South and earn her this recognition.”

Chris Smith was the top runner for the men’s team, and former LaGrange Granger Hiram Haro-Oropeza also had a strong season.

TOUGH SEASON: It was a season of what could have beens for the LaGrange College football team.

The Panthers began the season by losing three straight games by a combined 11 points, and they never recovered on the way to a 2-7 record.

The Panthers were 2-1 in the USA South at one point after a dramatic 27-24 win over Ferrum, but they closed the season on a three-game losing streak.

In his first season as a starter in head coach Matt Mumme’s pass-oriented offense, quarterback Connor Blair averaged nearly 300 yards per game and completed better than 60 percent of his passes, and he threw 19 touchdowns.

Josh Hardrick had 59 catches and five touchdowns, and he was one of eight players who had at least 14 receptions.

SPECIAL SPRING: It was a fantastic season for the LaGrange College baseball team, which finished with a 30-13 record that included a 14-game winning streak late in the season.

Unfortunately for the Panthers, after falling in the semifinals of the USA South tournament, their season ended when they were denied an at-large bid to the NCAA Division III national tournament.

Nine LaGrange College players were named to the all-USA South team, including Blake Butcher, who was the player of the year.

Butcher, Sauls and Thompson were also named to the D3.baseball.com All-South region team.

WINNING SEASON: LaGrange College women’s basketball team had a stellar season that ended with a loss to Maryville in the semifinals of the USA South tournament.

The Panthers went 18-9 under head coach Lee Buchanan, who gave a lot of credit to the seniors.

“Our six seniors have had a tremendous effect on this program and they can hold their heads very high,” Buchanan said. “We are going to miss each one of them very, very much. However, they will always be Panthers and be connected to our program.”

The highlight of the season came in the first round of the conference tournament when Kelsey Walthall made a buzzer-beater to lift LaGrange College to a 56-54 win over Greensboro.

LaGrange College ended that game on an 11-0 run.

Sophomore Lauren Johnson and senior Kelsey Mitchell were each named to the all-conference team.

ELITE PLAYERS: While it wasn’t the season the LaGrange College softball team was hoping for, seniors Dani Gravett and Kalin Oglesby both had sensational springs.

Both players, who helped the program enjoy a lot of success during their time at the school, were named to the all-conference team.

As juniors, Gravett and Oglesby helped LaGrange College win the conference tournament and advance to the NCAA Division III tournament.

Herring, who won the team’s coach’s award, led the team with a 12-3 record, and that included a 9-2 record in conference play.

Senior Morgan McDonald, who was 5-7 at number one singles, was named the team’s MVP, and she closed her career with a 36-16 record, making her the winningest player in the history of the program.

Mitchell Corley, who played most of the season at number one singles, was the men’s MVP, and freshman John Mitchell Benton led the team with six wins.

FINISHING STRONG: LaGrange College’s volleyball team closed the season with four straight wins to finish at 15-18 overall, and 4-12 in the USA South.

The Panthers began that winning streak with a hard-fought win over Stillman, an NCAA Division II program.

In the fifth and final set, it was LaGrange College winning 17-15 to secure the win.

Maggie Ivester, one of the team’s top players, had 10 kills in that match, and Danyelle Carr and Lexi Hall each had eight kills.

SOCCER ROUNDUP: Senior Andrea Richard scored five goals to lead the Panthers in that category last season, and the team finished at 4-16 overall, and 2-10 in the USA South.

LaGrange College’s men’s team, meanwhile, got a dramatic 1-0 overtime win over Huntingdon to end its season.

Brandon Burrell scored his second goal of the season with less than a minute remaining in overtime to lift the Panthers to the win.

IN THE POOL: Senior Mitchell Cross had a pair of top-10 finishes in the season-ending Appalachian Swimming Conference meet.

BREAKTHROUGH: It was a difficult season for LaGrange College’s lacross team, but it did have one memorable moment.

In a late-season game, LaGrange College outlasted Oglethorpe 14-13 for its only win of the season.

Senior Alexis Dillard had four goals, and she made the game-winning with 57 seconds left.