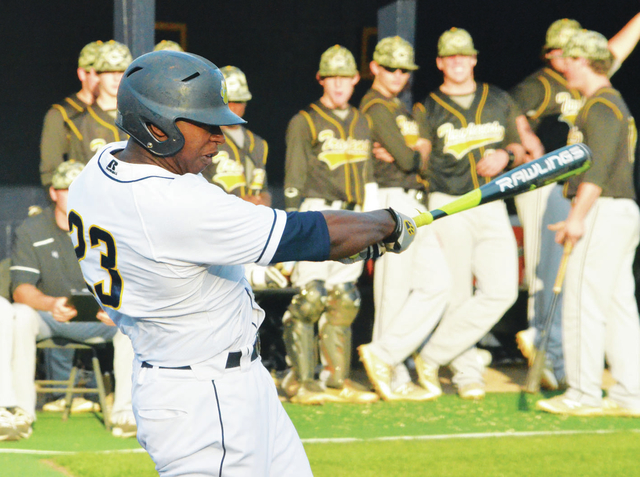 LAGRANGE – He’s looking forward to putting the uniform on one final time.

When the LaGrange Grangers were beaten by Gainesville in the second round of the Class AAAAA state baseball playoffs, it marked the end of the road for a handful of seniors, including shortstop and pitcher Jake Howard.

Howard is getting one final opportunity to represent LaGrange High on a baseball field, though.

Howard, along with three former Troup Tigers, will be playing for the Southwest team during the Georgia Dugout Club Senior All-State Games that will be held at Georgia Gwinnett College in Lawrenceville on Friday and Saturday.

There will be four teams representing different geographical areas in the state, and each team will play three games.

The Southwest team faces the Northwest Team at 3:30 p.m. on Friday, and it will play two more games on Saturday.

“I’m really excited about it. I think it’s a great opportunity,” Howard said. “I was looking at it as one final time to put on the LaGrange jersey, and go play one last high-school game.”

Howard will be on the same team with three players he has spent the past four years competing against.

Payton Upchurch, Miles Cameron and Winston Turner, who helped lead Troup to a region championship last season, will be playing for the Southwest team as well.

Bo Halcomb, another senior standout on last season’s Troup team, was invited to play for the Southwest team, but he’s unable to participate.

“I played with several of them when I was younger, so now it’ll be nice to be on the same team again,” Howard said.

Howard had a stellar senior season in helping lead LaGrange to a third-place finish in Region 1-AAAAA and a spot in the second round of the state playoffs.

He was one of the team’s top pitchers, and he was an outstanding shortstop when he wasn’t on the mound.

After this weekend’s games, Howard and his teammates on the Nelson Baseball School travel team will be traveling to Fort Myers, Fla. next week for a tournament.

Howard will continue to play with his travel team the rest of the summer, and then on Aug. 19, he’ll be heading to the University of North Georgia to begin his college baseball career.

The Tigers finished 21-7, and they won the program’s first region title since 1995.

Turner was a pitcher and infielder who had a dominant all-around season, Upchurch was one of the Tigers’ top pitchers, and Cameron had a sensational season with the bat and the glove from his center-field position.

Upchurch and Turner are both headed to Marion Military Institute to play college baseball, and Cameron signed with Columbus State.

WHEN: Friday and Saturday