Local teams get their swings in 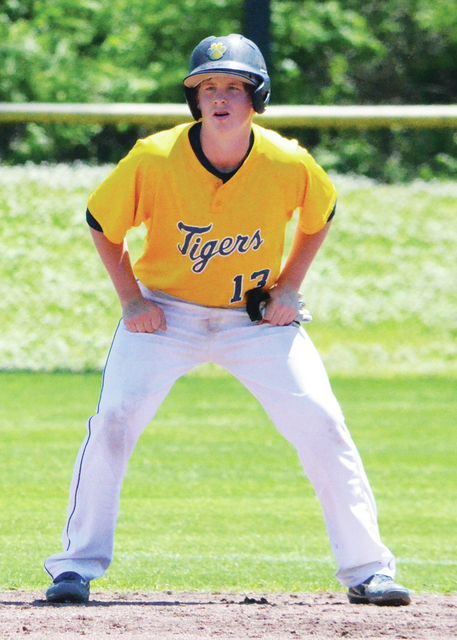 LaGrange head coach David Smart huddles with his players during a game last season. LaGrange kicked off its summer baseball schedule on Tuesday with a doubleheader at Troup. Kevin Eckleberry | Daily News

http://lagrangenews.com/wp-content/uploads/sites/37/2016/06/web1_LHS-baseball.jpgLaGrange head coach David Smart huddles with his players during a game last season. LaGrange kicked off its summer baseball schedule on Tuesday with a doubleheader at Troup. Kevin Eckleberry | Daily News

Colby Williams, who had a successful freshman season, will be one of the top players for the Troup Tigers next season. Troup began its summer schedule on Tuesday with a doubleheader against LaGrange. Kevin Eckleberry | Daily News

http://lagrangenews.com/wp-content/uploads/sites/37/2016/06/web1_Troup-williams.jpgColby Williams, who had a successful freshman season, will be one of the top players for the Troup Tigers next season. Troup began its summer schedule on Tuesday with a doubleheader against LaGrange. Kevin Eckleberry | Daily News

LAGRANGE – The season may have just ended a few weeks ago, but there’s still plenty of baseball left to play for the local teams.

Callaway, LaGrange and Troup each kicked off their summer schedules this week, and they’ll each be playing games twice a week for the next month.

It gives the coaches a chance to get a look at the men who’ll make up next season’s teams, including some younger players who weren’t previously a part of the varsity roster.

Troup head coach Craig Garner said the most valuable part of summer baseball is getting to evaluate the players who didn’t play much the previous season.

That’ll be especially important this summer for Troup.

Garner will have a lot of holes to fill next season with the departure of a number of talented seniors, four of whom signed letters of intent to play college baseball last week.

“Especially the guys that didn’t play a lot of varsity, the ones we’re expecting to move up, it’s important for us to get those guys in there, and see how they’re going to be able play, and mix and match with the ones we have returning,” Garner said. “It’ll give us a good idea of what we’re going to be working with the next year.”

The Tigers are coming off an exceptional season.

Troup went 21-7 and captured the Region 5-AAAA championship before falling to Madison County in the first round of the state playoffs.

While there will be a bunch of talented players to replace, the cupboard is far from empty.

Among the returning players is junior shortstop Ryan Bliss, who has committed to Auburn, as well as third baseman and pitcher Colby Williams, who had a fantastic freshman season.

LaGrange head coach David Smart said the time he and the other coaches get to spend with the players during the summer is extremely helpful.

“I get to spend a lot of time with those guys, and indoctrinate them into the way we want things done, and the way we do things, and our style of play and stuff like that,” Smart said.

While the Grangers will be a veteran team next season, many of the returning players are with their travel teams this summer.

That means LaGrange’s summer roster has a distinct inexperienced feel to it.

While the full team won’t be spending much time on the field, Smart said all of the players are participating in a summer conditioning program.

“We still have our older kids coming in three days a week to work out, so we still know what’s going on with them,” Smart said.

The Grangers enjoyed a successful season that included a third-place finish in Region 1-AAAAA and a trip to the second round of the state playoffs.

Smart will have some key seniors to replace, including college signees Jake Howard and Larkin Easterwood, but next year’s team should be loaded.

Among the returnees will be Ben Anderson, who hit nearly .450 last season and was also an effective pitcher.

Anderson will be a part of a senior class that will also include returning starters Matthew Anderson, Willis Kemp, David Sweat and Champ Willis.

“As far as playing, you do a lot of experimenting, trying to see if a guy can handle a certain situation at one position, or if you have some young pitchers you want to see throw, and things like that,” Hubbard said. “It’s kind of like a spring training deal. There’s not a whole lot of pressure. You’re just trying to figure out who can handle what.”

Callaway will have two teams this summer, one for the veterans, and one for the more inexperienced players.

Callaway had a terrific season, finishing third in Region 5-AAA before reaching the second round of the state playoffs.

The core of that team will be returning next season, and pitchers Josh Hanson, Dylan Johnson and Slone Raper will be among the players coming back.

“The thing we’re most excited about is the pitching we’ve got coming back, with Josh, Dylan, and Slone,” Hubbard said. “We feel like we’ve got some guys that can do a good job for us, and we’re excited about that. That’s what we’re looking forward to, and getting back to building our team around that.”