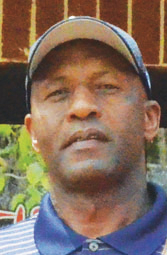 The West Georgia Superstar Football Camp, which has been a fixture in LaGrange for nearly 25 years, will return today.

The two-day camp, which as always will be free, will be held at the LaGrange College football practice field on Forrest Avenue.

The camp was created by LaGrange native and former pro football player Ruben Hairston, and for 24 years now it has given local boys and girls a chance to get out on the field and learn the sport from former college and pro players.

Since the camp’s inception, Hairston has turned to his friends in the football world to help out, and they’ve always been eager to pitch in and lend a hand.

Among the instructors will be former college and professional players, many of whom return to the camp year after year.

Hairston started the camp while he was still playing in the NFL because he wanted to do something for the place that meant so much to him.

“You want to give back to the community,” he said.

REGISTRATION: Today and Sataurday at the LaGrange College practice field before the camp gets started.