With surgery behind him, Bowie ready to run strong 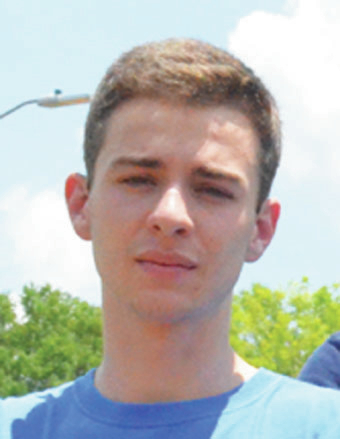 LAGRANGE – It wasn’t the way he envisioned putting the wraps on a phenomenal stint as a high-school runner.

Late in the most recent track and field season, LaGrange High’s Sam Bowie began feeling a pain in his side, and it grew more and more debilitating as time went along.

He fought his way through it and managed to finish first in the 3,200-meter run at the Class AAAAA state sectional late in April, but he struggled in the 1,600-meter run and didn’t qualify for the state finals.

As the pain worsened, Bowie was unable to compete in the state finals in Jefferson, which would have been his final high-school competition.

Eventually, the decision was made to remove Bowie’s gallbladder, and he had the surgery earlier this week.

Bowie is hopeful that will solve the problem, and so far things seem to be working out.

“We think it’s the fix,” Bowie said. “I ran yesterday, and it didn’t hurt at all. So hopefully this was sure for the cause, and it’s the solution.”

If all goes well, Bowie will begin to regain his endurance and speed, and he’ll look to be at full strength by the time he heads to Georgia Tech this fall to begin the next stage of his running career.

Bowie has signed with Georgia Tech to be a distance runner, and he’s excited about that opportunity.

“I probably would have gone to Georgia Tech regardless, rather I ran there or not,” Bowie said. “It’s just kind of like a legacy school. My grandfather went there, and a lot of my other family has gone there, too. So I really wanted to go there. And now I can run there as well. I’m looking forward to it.”

Bowie made his mark at LaGrange.

He was an exceptional cross country and track athlete, and he’s got a whole bunch of medals to show for it.

In cross country, Bowie finished seventh in the state as a freshman, and he followed that up with finishes of sixth, 10th and third place at the next three state meets.

In track and field, Bowie had six finishes of 10th or higher, and that number would likely have been higher if he’d been able to compete in the state meet as a senior.

Bowie was having a phenomenal senior season, particular in the 3,200, and he would have been a favorite to finish in the top three at state in that event, but it wasn’t meant to be.

Bowie also won a championship at Gardner Newman Middle School when he captured the top spot in the two-mile run at the state meet.

While Bowie is leaving high school behind, he’ll still be keeping an eye on his old school, and he’s confident that the distance program will continue to thrive.

“We’re working on a really good distance program,” Bowie said. “Next year, I know my brother (Alex) is going to be running, and a couple of other people. And we had some guys from last year that will also be running, like Collin Taylor. He’s working really hard this summer. We should have a really good team next year. It all depends on what everybody does over the summer. Running in general, there are no shortcuts.”