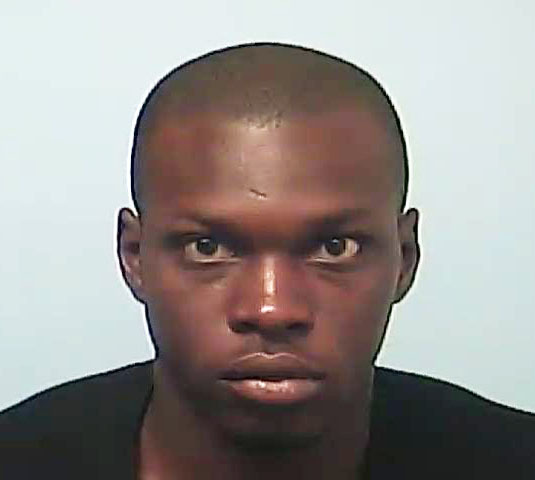 WEST POINT — The man suspected of hitting a police officer in the head and arm with a brick in April turned himself in to law enforcement officials Monday night.

Tabious Heard, 23, of West Point, was arrested at the West Point Police Department and charged with aggravated assault on a law enforcement officer and obstruction, said WPPD Detective Shannon Bavaro.

He was taken into custody without incident and transported to the Troup County Jail.

Heard is accused of assaulting West Point Police Sgt. Kevin Bauer on April 28. Bauer was responding to a domestic dispute about 1 a.m. in the 1200 block of East 13th Street.

As Bauer pulled up in his patrol car he spotted two people in the road, Capt. Kevin Carter stated after the April incident. One of those people was Heard, said Bavaro.

Bauer was still seated in his car when Heard allegedly approached from behind the driver’s side of the vehicle and hit the officer in the side of the face and arm with a clay brick, officials said. The man alleged to be Heard and the other person fled on foot.

Bauer was treated for cuts and bruises at EAMC-Lanier hospital in Valley, Alabama, and released. He has since returned to work.

When the Daily News spoke to Bavaro early Tuesday afternoon, the detective had yet to talk to Heard. She did not know if the attack on Bauer was personal or spontaneous.

West Point police were still investigating whether anyone else played a role in the assault.