Summer football heats up for Tigers 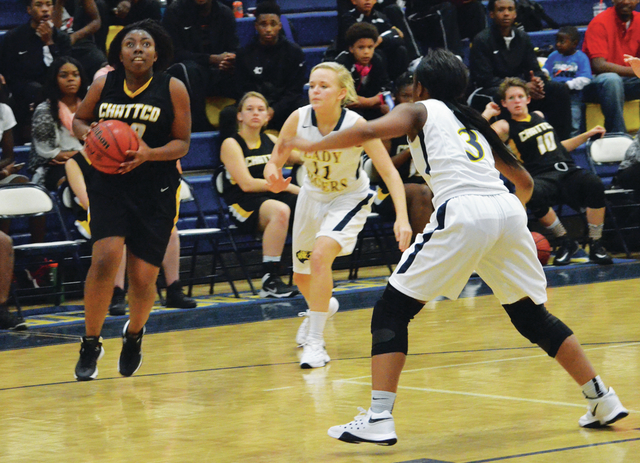 The Troup Tigers are in the midst of their summer program as they prepare for a season that begins on Aug. 19 at Hardaway. Kevin Eckleberry | Daily News

http://lagrangenews.com/wp-content/uploads/sites/37/2016/06/web1_Troup4.jpgThe Troup Tigers are in the midst of their summer program as they prepare for a season that begins on Aug. 19 at Hardaway. Kevin Eckleberry | Daily News

The Troup Tigers have daily workouts at the school, and they’ll also have a handful of seven-on-seven competitions throughout the summer. Kevin Eckleberry | Daily News

http://lagrangenews.com/wp-content/uploads/sites/37/2016/06/web1_Troup6.jpgThe Troup Tigers have daily workouts at the school, and they’ll also have a handful of seven-on-seven competitions throughout the summer. Kevin Eckleberry | Daily News

LAGRANGE – In a little more than two months, the Troup Tigers will be in Columbus for their season opener against the Hardaway Hawks.

So there’s no time to waste.

While official preseason practice won’t begin until late in July, the Tigers are hard at work as they participate in the summer strength and conditioning program that got under way last week.

According to head coach Tanner Glisson, this is just another step in the process, another link in the chain as the team gets ready for that game against Hardaway on Aug. 19.

The preparation for a new season really never ends.

As soon as the 2015 season came to a close, Glisson put together the offseason plan.

In January, about a month after the season ended, preparation for the 2016 season began in earnest, and the players haven’t slowed down since.

At the conclusion of spring practice, Glisson said “we had three weeks at the end of the school year for our speed training, after-school weight training, and study hall. Now, we’re into our summer program. That’s a lot of stuff to cram into a few months.”

Things are a lot different for Glisson, and the program as a whole, this summer.

Glisson wasn’t hired until late in the school year last spring, and he didn’t begin working with the players until June.

He didn’t have time to enact an offseason plan, and he’s grateful things are different now.

“We didn’t have those opportunies (last year),” Glisson said. “And now we’ve been that route, and we feel a little better.”

Troup’s players began the summer program last week, and they’ve been busy with mat drills in the gym, weight-training sessions, and meetings with coaches.

Beginning next week, Troup will be participating in seven-on-seven competitions for four consecutive weeks.

Troup will host three of them, including one against Callaway on June 28.

“Those will be good for us,” Glisson said.

The players will continue to get together at the school throughout the summer, leading up to July 25 when preseason practice officially gets under way for teams in Georgia.

Two weeks after that Troup will have a preseason game, and then on Aug. 19 it’ll be go time.

The Tigers will be looking to bounce back from a difficult 2015 season.

Troup lost its first nine games before closing the season with an impressive road win over Whitewater.

While the record certainly wasn’t what the players or coaches wanted, the Tigers made strides as the season went along, and they played their best football in the final two weeks when they lost a close one to Fayette County before beating Whitewater.

After that strong finish, Glisson enacted his offseason program, and he said the players now have “a little hop in their step. They’ve got confidence.”

Glisson said the goal has been to get the players to believe that all the work they’ve been putting in will pay dividends.

“The culture that we’ve created is where we hoped it would be,” Glisson said. “It’s taken a little time. It’s taken them since June 1 of last year. It’s taken one full year. But the expectation level is higher. The kids come in now, knowing what to expect, knowing how we’re going to work. That part of it has been really good. It’s an enjoyable group to be around.”

Glisson said another aspect of the summer, and an enjoyable one, is taking the players on recruiting visits to different schools.

It’s something he’s passionate about, and he and the other coaches do what they can do put the players in a situation to be seen by college coaches.

“One of the reasons they play high-school football is they dream about playing on the next level,” Glisson said. “I can not get anybody a scholarship, but I can always put you in front of the right people. You’ve got to go earn it.”

Glisson said helping the players get the chance to go to college “is our job.”