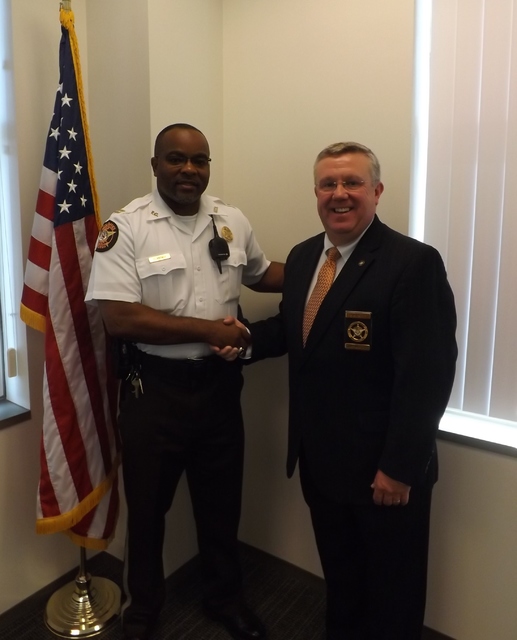 LaGRANGE — A 20-year veteran of the Troup County Sheriff’s Office has a new rank to add before his name.

Derwin Brewer was recently promoted from sergeant to captain by Sheriff James Woodruff.

Brewer began his career with the Troup County Sheriff’s Office in 1993 as a detention officer, then obtained the rank of sargeant and became head of the juvenile division of the sheriff’s office.

Brewer received numerous accommodations and awards from the Sheriff’s Office, citizens and civic organizations; including being chosen as the Deputy of the Year in 2014.

He has also been a longstanding member of the TCSO Honor Guard.

Brewer will now continue overseeing the juvenile division and the school resource officers. In addition, he will coordinate the security teams at the local high school football and basketball games, plus head up the transport and warrant divisions.

He is married to Janice Brewer. They have two daughters, Ciera and Kiera, a son, Brandon Mabry, and a grandson, Braylen Mabry.

WEST POINT — Children in the city have a new library, but it’s a little smaller than normal. The brightly... read more