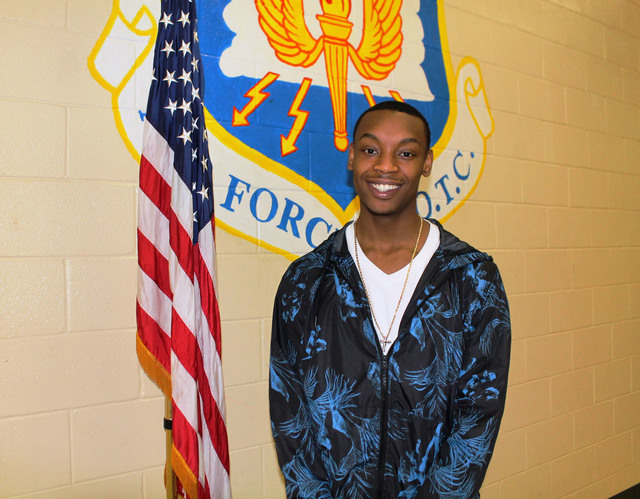 LaGRANGE — Attending the United States Military Academy West Point is humbling, yet it doesn’t come as a surprise for Clayton Shivers. The Troup High School recent graduate says he prepared for this moment at the start of his freshman year.

“When you have been working towards a goal for four years and you finally achieve it, it is a feeling that is out of this world. It feels great,” said Shivers with a wide smile as he recapped the process to receiving this high honor.

The former Whitesville Road Elementary student quickly remembered some of the teachers who helped inspire and push him when he was in grade school, “Ms. Nobley, Ms. Dudley, Ms. Thurman – and Ms. Dunson, too. I loved her and I had her twice while at Whitesville Road. Some of them have retired, but some are still there probably still helping the kids do great things.”

Taking advanced placement classes in high school was just one step for Shivers to realize his dream of West Point Academy acceptance. He says setting goals along the way helped him have points of achievement throughout high school.

“My very first day when I came into the ROTC unit, I wanted to be corp commander,” he said. “I achieved that after two years. West Point is a goal. It is a stepping stone in the goals that will help me with my future success.”

Candidates for admission must apply both to the Academy and receive congressional nominations from their representative in Congress, their two U.S. senators, and the vice president of the United States. After the application process, approximately 1,300 cadets are chosen to enter the Academy in July. Most graduates are commissioned as second lieutenants upon completion.

“He has been a stellar performer from day one when he went to our leadership training camp,” Troup High School Senior Master Sgt. Kevin Jefferson said of Shivers. “He did extremely well. He was our corp commander when we went through our unit inspection and won Distinguished Unit with Merit.

“His selection for West Point does not come as a surprise for us because he has been a stellar leader and we anticipate him doing very well at the Academy.”

Shivers, a former wrestler, said he liked being involved in FBLA and Student Council, but wrestling and ROTC were the extracurricular activities that really held his passion. After graduating, Shivers looks forward to making his lifelong career in the military. He aspires to be a general and one day enter politics.

For students looking to make great gains while in school, his advice is, “Do not lose sight of your goals.”

“Stay focused and don’t let anyone tell you that you cannot do something,” he said. “If you feel like you can do it in your heart, try as hard as you can, even if there are people along the way who doubt you. Don’t doubt yourself.”

Clayton Shivers, a Troup High School graduate heading to West Point Military Academy, stands by the ROTC emblem and American flag. Shivers said he has been preparing for the acceptance since he was a freshman.

http://lagrangenews.com/wp-content/uploads/sites/37/2016/06/web1_web0612ClaytonShivers-1.jpgClayton Shivers, a Troup High School graduate heading to West Point Military Academy, stands by the ROTC emblem and American flag. Shivers said he has been preparing for the acceptance since he was a freshman.