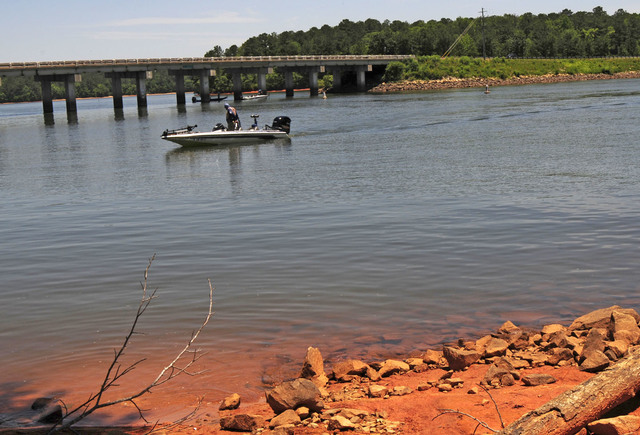 LaGRANGE — Attorneys for Georgia and Florida this week requested a trial date to resolve an ongoing dispute about water consumption from the Chattahoochee and Flint rivers.

Both states’ attorneys on Monday filed proposals with the U.S. Supreme Court’s “special master,” who is overseeing the case, to begin a trial in Washington, D.C., in early November, according to filings.

The trial — which is yet to be approved by Special Master Ralph Lancaster — is expected by Georgia attorneys to last between four and six weeks, and could decide whether or not Georgia must reduce its overall water consumption to 1992 levels, according to the filings. Until then, mediations between representatives of Florida and Georgia are expected to continue in an attempt to resolve the dispute outside of a trial.

Exactly how those mediations are going is yet to be seen. In April 2015, Lancaster, the special master, approved a joint motion by Florida and Georgia that prevents the media from viewing records and documents that might paint a picture of the negotiations. The closed-door talks are ongoing between Georgia Gov. Nathan Deal, Florida Gov. Rick Scott and various representatives of the two states.

‘Ecology, economy and way of life’

Although this isn’t the first legal battle in the so-called water wars, this is the most recent case. It began in November 2014, when Florida filed a complaint with the U.S. Supreme Court seeking to “equitably apportion the interstate waters of the Apalachicola-Chattahoochee-Flint River Basin.”

The complaint argued that Georgia’s projected water consumption, particularly in rapidly growing metro Atlanta, will cause Florida’s Apalachicola River and Bay to shrink, harming the viability of the region’s “ecology, economy and way of life.”

Attorneys for Georgia have denied those allegations, instead pinning the blame on Florida for their own mismanagement of the Apalachicola River and Bay.

“Florida has failed to adopt reasonable conservation measures to protect and preserve water in the Apalachicola River and Bay,” Georgia’s attorney’s wrote in a Jan. 8, 2015, answer to the complaint.

Georgia argues that Florida has allowed illegal oyster harvesting in the Apalachicola Bay, as well as polluting and destroying the habitats of certain endangered wildlife species.

Georgia has also argued that it has no control over the release of water from Woodruff Dam at Seminole Lake, where the Apalachicola begins. Rather, the state points its finger at the U.S. Army Corps of Engineers, which oversees the dam.

The Corps has its own plan

In the background of all of this, the Army Corps has been drafting a water control plan for the Apalachicola-Flint-Chattahoochee Basin. The draft, released in September 2015, includes the Army Corps’ plans for lake levels in its three major reservoirs on the Chattahoochee — Lanier, West Point and Walter F. George lakes. The plan is expected to be finalized in 2017.

The largest Chattahoochee reservoir operated by the Corps, in terms of water conservation, is Lake Lanier, holding 66 percent of system’s stored water, according to the plan. West Point and Walter F. George lakes hold 19 and 15 percent, respectively.

Under the new proposed water management plan, the lowest level of conservation in West Point Lake could be 620 feet above sea level; at that level, all but six of the lake’s 35 boat ramps would be unusable, and two of the city of LaGrange’s four municipal water intakes would be dry.

By comparison, the top end of the conservation level for summer — full pool — is 635 feet above sea level, and 628 in the winter.

At 12:15 p.m. Friday, the lake was at 631.12 feet above sea level, according to the National Weather Service. Less than a month into the summer full-pond period, the lake is already below 632.5 feet above sea level, at which point the new water management plan says,”the swim areas are only marginally usable when the pool level falls below the impact level. Docks must be shifted to deeper water, if allowable. Unmarked recreational navigation hazards begin to appear. Approximately 35 percent of private docks become marginally usable with only two feet of water beneath them.”

The economic impact of the shrinking pool is also notable. The Corps estimated 2 million people visited West Point Lake in 2012, and visitors traveling to West Point Lake from within 30 miles spend $63.9 million annually, according to the Corps.

The low lake levels have caught the attention of U.S. Rep. Lynn Westmoreland, who represents Georgia’s 3rd Congressional District, including Troup County. In a May 25 letter to Army Col. Jon Chytka, head of the Corps’ Mobile District, the congressman urged him to investigate why water was not stored in the lake in November last year, when the lake was near full summer pond. He also called on the colonel to meet with nonprofit groups that advocate for West Point Lake.

Pat Robins, chief of public affairs for the Corps’ Mobile District, said Friday the district is working with advocacy groups to set up a meeting. He also defended the Corps’ November decision to draw down the lake, noting the December flood that added about 8 feet of water to the lake. He called the November draw down “critical,” and said the flooding could have been much worse if the lake had been near the summer full-pond level. The 8 feet of water brought by the flood-causing rain was evacuated by the Corps, bringing the lake to its winter full-pond elevation of 628 feet above sea level.

The Corps, though, has no part in the trial proposed by lawyers representing Georgia and Florida. A list of Georgia’s potential witnesses in the case include leaders in business, biological sciences, marine sciences and coastal engineers. Florida, in its proposed witness list, includes dozens of individuals — including many state employees ranging from Georgia Environmental Protection Division managers to University of Georgia professors.

Lancaster has yet to announce when — or if — the trial would move forward.

A fisherman maneuvers his boat toward the dock at Sunny Point Recreation Area off Mooty Bridge Road on Friday afternoon. At 12:15 p.m. Friday, the lake was at 631.12 feet above sea level.

http://lagrangenews.com/wp-content/uploads/sites/37/2016/06/web1_web0612Lake01.jpgA fisherman maneuvers his boat toward the dock at Sunny Point Recreation Area off Mooty Bridge Road on Friday afternoon. At 12:15 p.m. Friday, the lake was at 631.12 feet above sea level.