It was a breakout season for Panthers 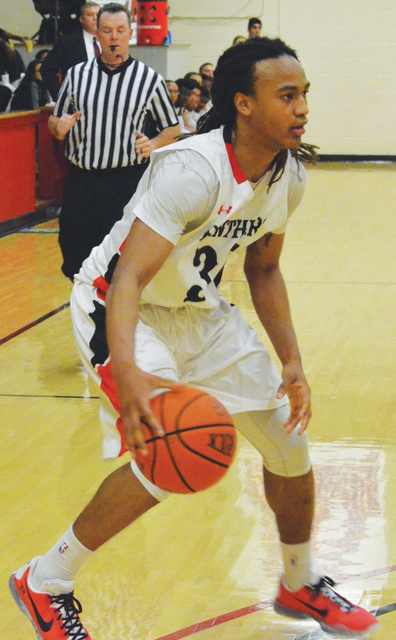 LAGRANGE – He thought 30 wins would be enough.

When the laGrange College baseball team reached the 30-win mark with a victory in the USA South tournament, head coach David Kelton felt his team had done what it needed to do to secure an invitation to the NCAA Division III national tournament.

The Panthers lost to the Huntingdon Hawks in the USA South semifinals, and about a month later they found out they hadn’t received an at-large bid to the NCAA tournament.

“We’d heard 30 was the magic number,” Kelton said on Friday after the fifth and final day of a youth baseball camp he offers each year. “We hit that. And then all indications were how you finish is huge. And there wasn’t a hotter team in the country than we were.”

The Panthers closed with a stellar 30-13 record, and they won 17 of their final 20 games and had a 14-game winning streak late in the season, but it wasn’t enough.

Despite that disappointment, it was still an exceptional season for Kelton’s Panthers, and they were recognized for their accomplishments last week.

The rankings were based on three criteria according to the website, and LaGrange College was the consensus choice as the breakout team in Division III.

LaGrange College made a 17-win improvement between the 2015 and 2016 seasons, and it was tied with Hampden-Sydney for tops in Division III in that category.

the Panthers’ 14-game winning streak came to a close on the final day of the regular season, and they were hoping to ride that momentum to a USA South championship.

LaGrange College won three games in that tournament, but it lost twice to Huntingdon, which went on to claim the title.

“They had no momentum going into it,” Kelton said of Huntingdon. “They got swept the weekend before against Methodist. But you talk about a team that got hot. They had some pitchers that hadn’t pitched much for them step up and do a tremendous job. For that six-game stretch, they were deserving. They did the job. And hopefully that’s us next year.”

LaGrange College should be well-positioned to enjoy another strong season in 2017.

Most of the key players from last season’s team, including USA South player of the year Blake Butcher, will return, and Kelton is putting the finishing touches on what he feels is a strong recruiting class.

“Within a month, we should have it finalized,” Kelton said. “We have some good ones coming in.”

The LaGrange College Panthers, after an exceptional season, were honored as the D3 Baseball Breakout Team of the Year according to herosports.com Kevin Eckleberry | Daily News

http://lagrangenews.com/wp-content/uploads/sites/37/2016/06/web1_panthers2.jpgThe LaGrange College Panthers, after an exceptional season, were honored as the D3 Baseball Breakout Team of the Year according to herosports.com Kevin Eckleberry | Daily News