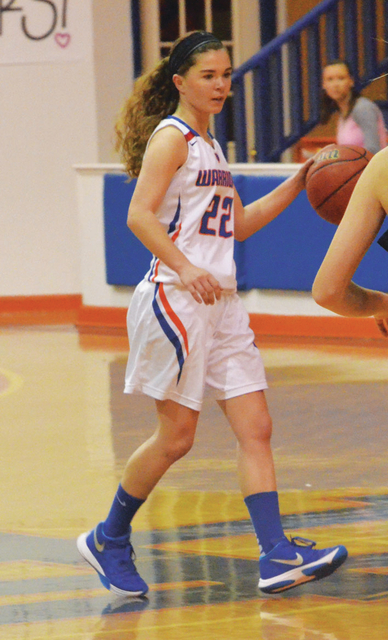 LAGRANGE – He’s ready to be the main man.

Last season, which was his first at LaGrange Academy, Lincoln Anderson was part of a dominant one-two combination in the post along with Whit Moreman.

Those two players helped the Warriors reach the state tournament and advance to the elite eight before falling short.

Moreman has moved on.

Moreman has signed with Troy, and he’ll be joining that team this winter.

Moreman was part of a strong senior class on last season’s LaGrange Academy team, and those players will be hard to replace.

It helps to have a player of Anderson’s ability coming back, though, and the team will be built around him.

Anderson, who transferred to LaGrange Academy from Callaway, is ready for that challenge.

Under the direction of head coach Britt Gaylor, Anderson and his teammates are hard at work getting ready for a new season that begins in November.

LaGrange Academy is in the midst of its summer season, and most of the players who’ll be a part of next season’s team have been coming out for workouts and scrimmage games.

“We’re already starting practicing in the summertime, doing workouts,” Anderson said. “We’re trying to get chemistry together, trying to get back where we were last year.”

Anderson was a member of the Callaway High basketball team during his freshman and sophomore seasons.

Those teams won back-to-back region championships, and the 2013-2014 team reached the state semifinals.

Anderson transferred to LaGrange Academy following the 2014-2015 school year, and he said his first year at the school was a great experience.

He also had some support from his former teammates, with some of the Callaway players coming to LaGrange Academy games when the schedule allowed.

“It went very well,” Anderson said of his first year at LaGrange Academy. “Coach Gaylor took me in. It was like I’ve been here the whole time. It was real good. The team took me in as well. And we had an awesome season.”

Gaylor said Anderson is “getting better every day.”

“He’s been more aggressive,” Gaylor added. “We’ve had some scrimmages, and he’s getting to a new level. It’s pretty fun to watch.”

Anderson is also playing for a travel team based in Atlanta, and that allows him to compete against high-caliber competition, while also getting looked at by college coaches.