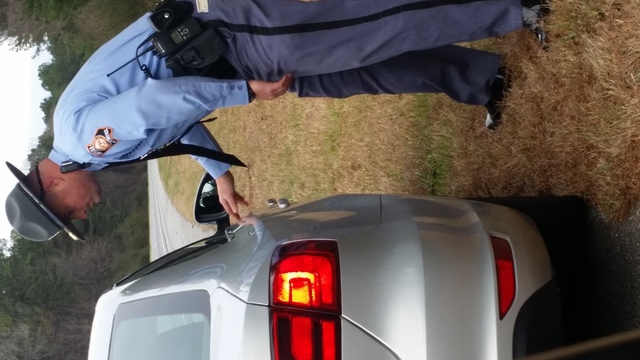 LaGRANGE — When troopers with the Georgia State Patrol jump in their patrol cars every day, they present a formidable force on the state’s back roads and interstates.

Troopers are called to respond to accidents, and keep drivers safe by looking out for those who violate traffic and state laws, such as finding drugs in a vehicle during a routine stop.

But that formidable force is dwindling in numbers — and has been for some time.

“We’ve had this epidemic since 2008 due to troopers taking retirement and then finding qualified candidates that fall within the standards of our organization,” explained GSP Sgt. Maurice Raines, commander of Georgia State Patrol Post 2 in LaGrange. “If we average five people who retire a month throughout the state — that’s 60 per year. If we put on an academy (Trooper School) twice a year that staffs 50 to 70 candidates, we will be lucky to graduate enough troopers to fill the majority of empty positions within the agency.”

A part of the problem is many of the recruits do not make it through the academy, Raines said.

He added in the past 10 classes to participate in Trooper School at the Georgia State Public Safety Training Center in Forsyth:

• 7 percent did not pass the psychological test.

• 1 percent did not score well enough on their exit interview from the academy.

“We’ll have 43 troopers leave the Georgia State Patrol in a given year, but then only have 35 people graduate from Trooper School,” Raines explained. “From 2011 – 2016, we’ve had those types of shortages and trends continue. It just makes the gap grow larger.”

A candidate going through GSP Trooper School will make $34,038, according to the Georgia Department of Public Safety website. A graduate will bring home $35,741.

In South Carolina, an uncertified Highway Patrol trainee will be paid $37,069, according to the South Carolina Department of Public Safety. A certified trooper’s base salary is $40,775.

A LaGrange Police officer fresh out of the academy typically makes $42,057.60, according to job listings on the city of LaGrange’s website.

A newly pinned deputy with the Troup County Sheriff’s Office will bring home an hourly rate of $13.58.

But more cash flow for GSP troopers may soon be on the way, said Raines.

While Raines declined to give an exact number, he said the number of staff at Post 2 LaGrange is down 30 percent from the past two years. His troopers cover all the interstates, plus back roads in both Troup and Harris counties.

“We are able to perform our duties as necessary, but it is a daunting task to do more with less,” Raines said. “But I have two Sheriffs (Sheriff James Woodruff and Sheriff Mike Jolley) who are pleased with our efforts in assisting them and I have four Police Chiefs that are supportive of our efforts of assisting them as well.

“I am proud of my staff in regards to monitoring the motoring public … making sure the roads are safe and still helping people. We will continue to do so at Post 2 LaGrange,” Raines added.

There is a Georgia State Patrol Trooper School in session right now, he stated. Those candidates will graduate in November.

The 100 class of Trooper School is tentatively scheduled to start Jan. 8.

Anyone wanting more information on the GSP Trooper School or learn how to sign up can contact Sgt. Maurice Raines at 706-845-4105 or visit www.dps.georgia.gov/job-vacancy-announcement-100th-trooper-school.

Trooper Brad Turner of the Georgia State Patrol Post 2 LaGrange waits for a driver to hand over their license during a traffic stop on Interstate 185. The number of troopers at Post 2 down 30 percent from the past two years, according to post commander, GSP Sgt. Maurice Raines.

http://lagrangenews.com/wp-content/uploads/sites/37/2016/06/web1_GSP2.jpgTrooper Brad Turner of the Georgia State Patrol Post 2 LaGrange waits for a driver to hand over their license during a traffic stop on Interstate 185. The number of troopers at Post 2 down 30 percent from the past two years, according to post commander, GSP Sgt. Maurice Raines.