Callaway linemen get their work in 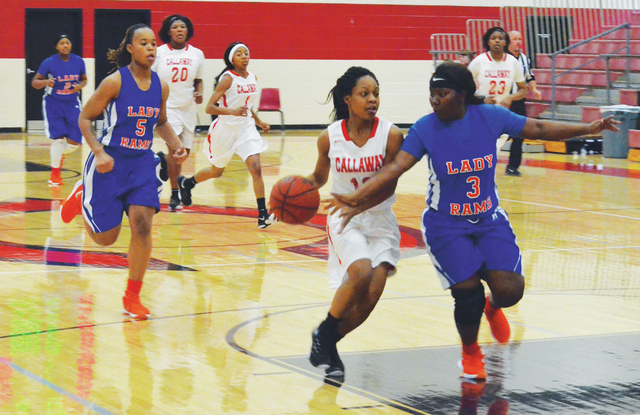 HOGANSVILLE – The offensive line is always a strength of the Callaway High football team, and head coach Pete Wiggins believes a camp the players go to each June has a lot to do with that.

Wiggins, who is also the team’s offensive-line coach, takes a group of players to the Mike Hodges camp in Cochran each summer.

There are two Hodges camps in June, one for quarterbacks and wide receivers, and one for offensive linemen.

The linemen camp wrapped up on Wednesday, and 15 members of the Callaway football team participated.

“I think the Hodges camp is one of the foundations of what we do,” Wiggins said. “It’s a camp that’s very tough. It lasts five days. They have a lot of great coaches working it.”

Wiggins said the players are put through three practice sessions each day, giving the players a total of 15 practices during their time in Cochran.

“Great techniques are taught, but it’s also the camaraderie that comes with being with your teammates for five days in a row,” Wiggins said.

Wiggins was pleased to be able to take so many players to the camp.

“It’s the most we’ve ever taken,” Wiggins said. “I’m excited about our young kids. That’s the largest group of young guys that we’ve ever had. Again, it’s a tough camp for them, and for them to go down and work hard every day is real important to getting better. There’s a toughness that comes from it. We’re excited about it.”

Last Friday, many of Callaway’s players were in Athens for a seven-on-seven passing competition at the University of Georgia.

In addition to the camps Callaway’s players have gone to, they have also participated in daily workouts at the school in preparation for a season that begins on Aug. 19 against LaGrange.

Callaway also has upcoming camps at Auburn and Kennesaw State.