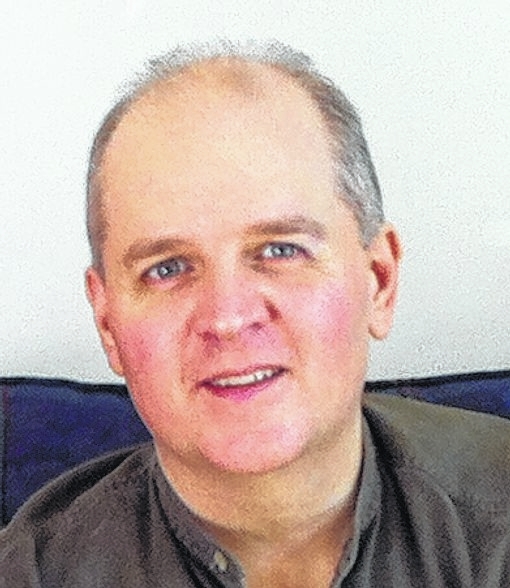 From the response to last week’s article, it is clear that there needs to be more discussion on the topic of total depravity. That’s the “T” in TULIP, so this is “part 2a” to “TULIP: A lovely flower, but lousy doctrine.”

I’m not really surprised at the list of passages I received in defense of total depravity. They are the typical “sugar stick” passages used in the effort to show total depravity in the Bible.

The problems is that these passages don’t teach that individuals are born bearing the guilt of their “fathers,” all the way back to Adam, for sins they didn’t actually commit themselves. I’ll go through a few them to show the inconsistency of trying to use these passages to teach something they don’t teach.

Before I get into the passages though, let me pose this question. In another discussion regarding the origins of the total depravity doctrine, I pointed out that the first reference outside the Bible to the idea of “original sin,” aka total depravity, was in the early third century.

That’s over a hundred years after the apostolic age. If original sin, or total depravity, is actually a biblical doctrine, then why aren’t there earlier Christian writers teaching about it in their writings? I find that interesting, and problematic for those who teach it as a biblical doctrine.

Now, notice some of the passages that supposedly teach total depravity. First Genesis 6:5, “Then the Lord saw that the wickedness of man was great in the earth, and that every intent of the thoughts of his heart was only evil continually” (NKJV).

This verse doesn’t say anything about people being born sinful, nothing. It is describing the condition of the world prior to the flood. Because the godly line of Seth had intermarried with the worldly line of Cain (Genesis 6:1, 2), godly morals were corrupted (cf. 1 Corinthians 15:33).

If this verse means that the people of that time had no choice in their conduct then what do you do with Noah and his family? They, obviously, weren’t evil in their thoughts continually. Noah was a preacher of righteousness (2 Peter 2:5).

But if Genesis 6:5 means what Calvinists say it means then Noah would not have been capable of righteousness, much less able to preach what righteousness was. He preached for 120 years while the arc was being prepared and when it came time to get on the arc, only his family was prepared. Eight souls were saved by water (cf. 1 Peter 3:20, 21).

The next verse used by Calvinists, in the effort to show total depravity in the Bible, is Genesis 8:21. That verse says, “And the Lord smelled a soothing aroma. Then the Lord said in His heart, “I will never again curse the ground for man’s sake, although the imagination of man’s heart is evil from his youth; nor will I again destroy every living thing as I have done” (NKJV).

The claim is made that the word “youth” means that man is born “inclined to evil.” However, the word “youth” is not the same word as “infant.” While it is sometimes used in reference to babies, when calling them “child” or “children,” it is also translated “young man” (cf. 2 Samuel 14:21; 18:5). The Hebrews used this word to young people under the age of 30 (cf. Numbers 4:1-3).

There are different words that specially mean “infant.” So, God’s statement in Genesis 8:21 is saying, essentially, that man chooses evil from a young age. It is not that man is born inclined to evil. The Bible is clear that there will come a time in everyone’s life when they will choose to act contrary to God’s will (Romans 3:23; et al).

We all sin because the knowledge of sin is in the world because of the fall (Genesis 3). Because the world in which we live has been so drastically corrupted by sin, there comes a time in all of our lives when we will choose to sin.

The only One to ever live in this world and not sin was Jesus (Hebrews 4:15). Some my respond by saying that the word translated “youth” in Genesis 8:21 can be used in reference to infants. That is true, it can, but it is not specifically referring to infants.

So, when I’m studying to see what this passage is referring to, I need to study in the overall context of the Bible and make sure I’m not causing it to contradict something else. If I understand it to mean that all people will choose, at a young age, to sin against God, then I am in harmony with many other biblical statements, like Romans 3:23.

But, if I understand it to mean that infants are born with an inherited “sin nature,” then I cause a contradiction with other clear passages. Like Ezekiel 18, the whole chapter. The children of Israel in captivity were blaming their fathers for their current condition.

But the ultimate accountability was their own, not their fathers (Ezekiel 18:19, 20). So, my understanding of Genesis 6:21 is in complete harmony with the rest of the Bible rather than causing a contradiction between passages.

Truth cannot contradict truth! If something we believe causes a contraction between passages then what we believe is wrong. God’s word is always right, regardless of what I believe. My goal is to just believe what is truly taught in the word of God.

Ezekiel 18 is a great exposition of Exodus 20:5, “you shall not bow down to them nor serve them. For I, the Lord your God, am a jealous God, visiting the iniquity of the fathers upon the children to the third and fourth generations of those who hate Me,” (NKJV).

There were good kings of Judah that did bring the nation to repentance, but because of the influence of past generations, they continued to go back to idolatry. It wasn’t until God purged it out all together by the severe punishment of the captivity that idolatry was no longer a problem for Israel.

I look forward to feedback and appreciate the desire to discuss God’s word with the goal of serving Him according to His will.