Columnist: An open letter to Congress 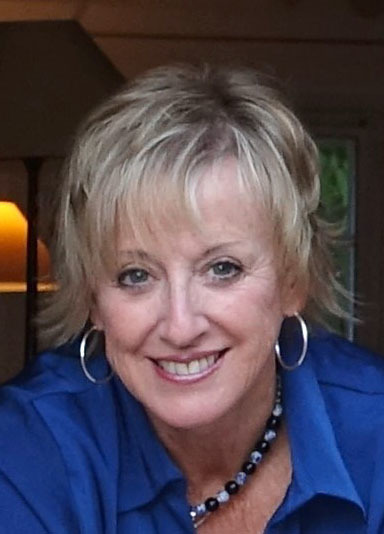 I very seldom write about political subjects. I don’t do so because I think people are so inundated with politics and rhetoric, they need a break. I write about other subjects in life and I love doing so.

There are a lot of folks out there that don’t have a clue who they are going to vote for in the upcoming Presidential Election. There are good Republicans, good Democrats, and good Independents that feel that our choices are not so good. I know many that say they are not voting at all. I personally think that’s a bad idea.

I am not endorsing anyone, but instead writing an open letter to the people I feel are responsible for all of us feeling a bit disenfranchised in our great land of America.

Now some of you out there may love one of the candidates and that is great. I am happy for you, but many don’t, so please don’t be offended if you do.

The one thing great about America is that we all feel differently about politics, religion and each other and have the freedom to do so. What we want is to keep it that way.

I am sure you all are scratching your heads and wondering why we are left with Donald Trump and Hillary Clinton as our choices for the leadership of this great country.

I am sure you Republicans are aghast at the people that are willing to vote for Mr. Trump no matter what he says or does.

I am sure you Democrats are just as astounded at how far Bernie Sanders kept going in the campaign against Mrs. Clinton, aren’t you?

Well, if you can’t figure out how this all happened, please go to the nearest rest room and look in the mirror. It is your fault.

You have been pointing fingers at each other so long you forgot that your fingers needed to be putting pencil to paper and outlining solutions for operating a better government.

You have been so determined to prove yourselves right and righteous that you forgot to do what is right for America.

You have become so engrained in the politics of your position that you forgot that your position is paid for by those who gave you the position in the first place.

You have been listening to so many Lobbying groups that the group called the American Citizen has long been dangerously forgotten.

Your refusal to listen to your employers is unforgivable. Most of us get fired for that.

You should have known through the banking crisis, the shutdowns of the government, the mass shootings, and the recession we all went through, that there would be some sort of backlash. Or are you that disconnected?

If there was ever an opportunity for term limits to be enforced, it would be now. You have made a mockery of the institution that wrote the Declaration of Independence. You should be ashamed.

The two-party system you belong to has let us down. It hasn’t worked in quite a while. Why? You have taken it to two corners and you haven’t walked one inch toward the middle, have you? By the way, that is called “compromise.”

Is the fight more important than the cure?

Pledge of allegiance to a party? Really? I think the only Pledge of Allegiance you should avow is the one to the United States of America. Partisan politics is causing this nation to divide instead of being indivisible.

Have you been so quick to pass the blame to someone else when you don’t know of an alternate solution? Wow, that’s one way to get out of working. Reminds me of “my dog ate my homework!”

I am sure there are a handful of you that are good people. Or possibly all of you are. But the point is that there are influences within your institution that are not good and promote divisiveness. They have really taken a toll on all of us. That is not fair.

So, I, even though I am just one, intend to do this: I will not vote for any of you next time around unless things improve, which I doubt. I will push hard for term limits, and push for special interest groups to get out of the halls of my Congress.

Look in that restroom mirror one more time. What do you see? Look carefully, because I can guarantee that most of us see you differently.

Columnist: Serial and mass murderers — too often the…