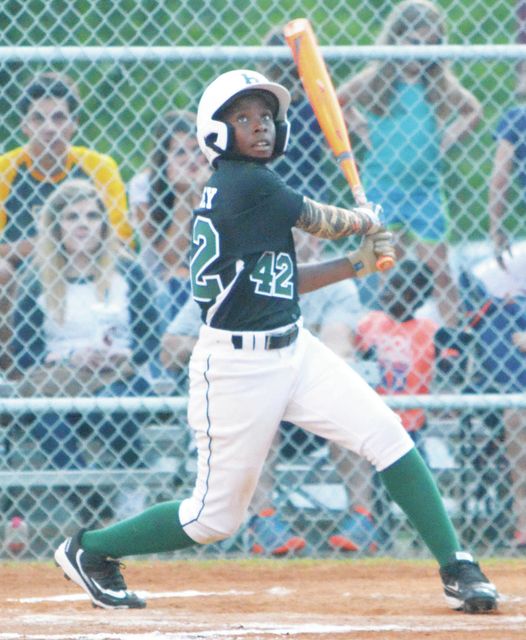 THOMASTON – It’s time for the rematch.

For the second time in the Dixie Youth Baseball 11-12-year-old District 1 tournament, the Troup National and Hogansville baseball teams will face off, and a championship is on the line this time.

Hogansville (2-0), which has won both of its tournament games, will face Troup National (1-1) at 7 p.m. today in Thomaston.

If Hogansville wins, it will be the district champion.

If Troup National wins today, it would force a winner-take-all game on Thursday at 7 p.m. in Thomaston.

Hogansville was down to its final out in the bottom of the sixth inning, but it rallied for two runs to tie it before scoring the winning run in the seventh inning.

In the sixth inning, Zack Thompson and Nate Lee had back-to-back RBI singles to tie it, and Brett Haynes won it with a base hit in the seventh inning.

On Monday, Hogansville moved to 2-0 with a 4-2 victory over Manchester.

Troup National bounced back from Saturday’s disappointing loss to beat Manchester 5-2 on Tuesday in an elimination game, and now there are two teams left standing.

No matter what happens today and possibly on Thursday, Troup National and Hogansville have both already qualified for the state tournament in July.

“There’s no pressure now,” was Troup National coach Ben Jackson’s message to his players following Tuesday’s win. “You’ve qualified for state. Just go out and let it all hang out. They’ll do well. Win, lose or draw, they’ll do well tomorrow.”

Saturday’s game was a tense nail-biter, and Jackson wouldn’t be surprised to see a repeat today.

“It could come down the last pitch again,” Jackson said. “It very well may.”

WHO: Troup National vs. Hogansville