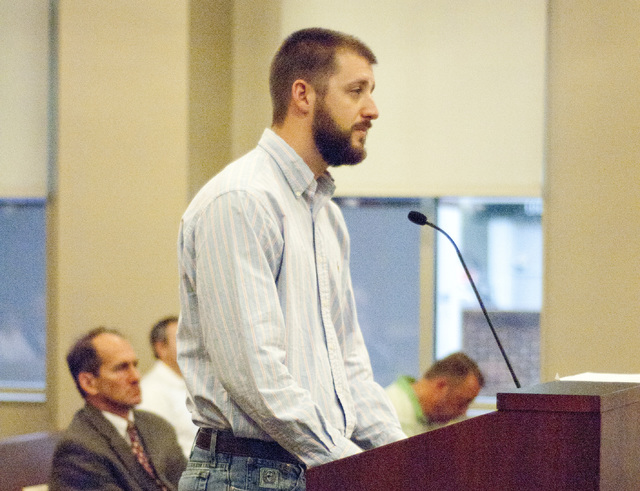 “Mr. English stated, and I quote, ‘another thing that’s always bothered me, you’ — in referring to me — ‘don’t believe in hiring black folks.’ My request was denied, in part, on the racial bias of Commissioner Richard English, because he has the opinion that I don’t believe in hiring black folks. Gentlemen, that is reverse discrimination,” Boyd said Tuesday as he addressed commissioners at their regularly scheduled meeting. (Click here to read a partial transcript of the exchange.)

Boyd, who is white, was referring to comments made by English, who is black, during a June 3 commission work session. At that meeting, Boyd had requested his employees in the Probate Court office receive a grade-level salary increase. Commissioners ultimately denied that request.

In a later meeting on June 7, when commissioners were voting on the county’s annual budget, Commissioner Morris Jones motioned to approve the budget, and English seconded the motion — with the caveat not to approve the Probate Court’s budget. English’s second died for lack of approval and the budget was passed as first proposed.

“Mr. English went on to say that he would not vote to approve my budget due to the fact that Judge Boyd doesn’t want to hire ‘my folks,’ speaking of blacks,” Boyd said. “Commissioner English wanted to make sure that his statement of so-called fact would be on record and on the minutes where his folks, a hundred years from now, would see it.”

Boyd went on to request the meeting minutes be amended.

“I am here today to correct the record by asking for a written and verbal apology from Richard English and the entire Board of Commissioners,” Boyd said. “I am requesting all of this be recorded in the minutes, where a hundred years from now, my folks and his folks can determine who the real racist is.”

“I believe the entire Board of Commissioners owes me a public apology for not publicly reprimanding Commissioner English for his statement of so-called fact,” Boyd said. “Without producing any evidence that his statement was true, and for allowing his statement to be put in the minutes for the permanent record. I’m asking Commissioner English’s motion and statement be removed from the minutes. If I receive these remedies I ask for today, I will not pursue legal action. However, if not, I will consider legal action against the Commission and Richard English and Troup County, claiming reverse discrimination.”

At the end of their agenda, commissioners entered executive session to discuss potential litigation.

Probate Judge Donald Boyd addresses county commissioners on Tuesday alleging Commissioner Richard English engaged in reverse discrimination when he accused Boyd of not hiring African-Americans. Boyd has threatened a lawsuit against the county.

http://lagrangenews.com/wp-content/uploads/sites/37/2016/06/web1_Commission01WEB.jpgProbate Judge Donald Boyd addresses county commissioners on Tuesday alleging Commissioner Richard English engaged in reverse discrimination when he accused Boyd of not hiring African-Americans. Boyd has threatened a lawsuit against the county.