It’s one more game for the district title 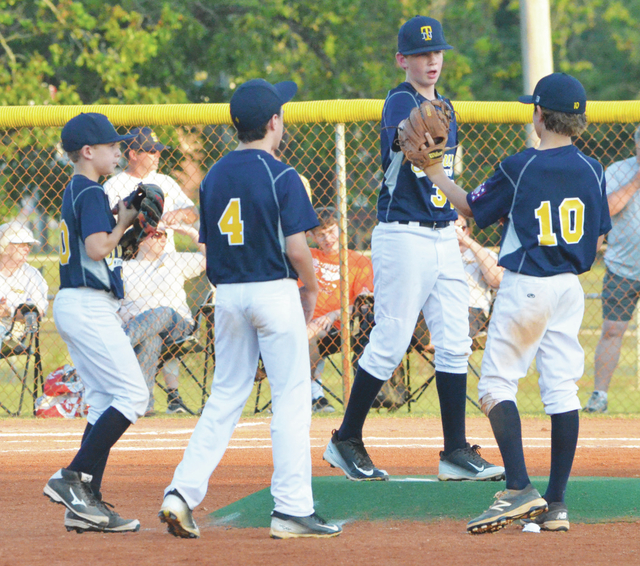 Today, those teams will meet for a third and final time, and a championship will be on the line.

Hogansville had a chance to sew up the championship on Wednesday, but it was unable to hang onto a three-run lead in the sixth inning as Troup National rallied for a 6-5 win.

On Saturday, it was Hogansville coming back from two runs down in the sixth inning to win 5-4.

Hogansville and Troup National have both beaten Manchester in the double-elimination tournament, so they’ll bring matching 2-1 records into today’s game.

No matter what happens today, Troup National and Hogansville will both be going to the state tournament in July, but neither team will be satisfied with anything less than a championship.

Troup National’s back was against the wall on Wednesday when it fell behind 5-2 heading to the sixth and final inning, but it pushed four runs across to win it.

Troup National coach Ben Jackson doesn’t expect there to be any lingering effects on Hogansville’s part, though.

“Hogansville’s not going to quit fighting,” Jackson said. “They’re going to fight hard. Now they’re going to be extra motivated, and we have to match them tomorrow.”

Hogansville coach Scott Thompson, who met with his players for about five minutes following Wednesday’s loss, said his players will “be ready to go tomorrow. We’ll be good to go.”

If the previous two games are an indiciation, it should be a thriller.

Both games have featured drastic swings of momentum and some outstanding individual performances.

“Games like this, and games like Saturday, you hate that there has to be a loser,” Jackson said following Wednesday’s hard-fought win.

The Hogansville all-stars will look to win a district championship today when they play Troup National. Kevin Eckleberry | Daily News

The Troup National all-stars, coming off their dramatic win on Wednesday, will try to capture a district title today with a win over Hogansville. Kevin Eckleberry | Daily New

http://lagrangenews.com/wp-content/uploads/sites/37/2016/06/web1_baseball21.jpgThe Troup National all-stars, coming off their dramatic win on Wednesday, will try to capture a district title today with a win over Hogansville. Kevin Eckleberry | Daily New