They’re part of an exclusive club 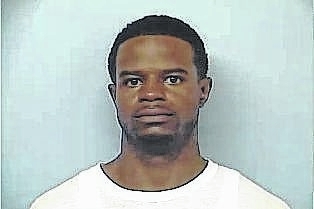 LAGRANGE – A quartet of LaGrange Grangers, and one Troup Tiger, will be on the field this weekend along with 96 of the other top high-school baseball players in the state.

The 100 players, all of whom will return for at least one more year of high-school baseball, have been divided into eight teams, and each team will play one game.

There will be two games today and two games on Sunday, and the players will also participate in a number of other events.

Earlier this spring, workouts were held across the state where players tried out for the top 100.

After the tryouts, the players were informed a few weeks later whether they were among the 100 players or not.

Five local players obviously made a positive impression during the workout, and they’ll be on the field this weekend.

Kemp, Willis and Sweat will be seniors next spring, Freeman will be a junior, and Williams will be a sophomore.

On a veteran team, Williams managed to stand out last spring.

Williams was the every-day starting third baseman for Troup, and he was also one of the team’s best pitchers.

The four LaGrange players, meanwhile, helped the team finish third in its region and reach the second round of the state playoffs.

Among those players is Sweat, who excelled as LaGrange’s leadoff hitter last season.

After participating in the tryout, Sweat wasn’t sure if he’d done enough to make the top 100, so it was a pleasant surprise when he found out he did.

“I wasn’t really expecting to make it,” he said. “Once I got it, I was really excited.”

Sweat said the tryout was “what you’d normally see when you try out for a team. I was excited to make it. I’m glad I did.”

Sweat had one of LaGrange’s biggest hits last season.

In the third and deciding game of a first-round playoff series against Union Grove, Sweat had a go-ahead single in the ninth inning, and LaGrange held on for a 7-6 victory.

Willis had an exceptional junior season for LaGrange, particulary on defense where he exceled as the every-day catcher.

Kemp was an infielder who produced some huge moments with his glove, and at the plate.

In Game 3 of the Union Grove series, Kemp made a sensational diving catch in the bottom of the seventh inning.

Had the ball dropped, Union Grove would have won the game, and LaGrange’s season would have been over.

Kemp routinely gave up his body to try to make defensive plays.

“If I don’t get it, I at least need to try,” Kemp said last spring.

Freeman not only made the top 100, but he also qualified for Team Georgia, and he’ll be in Alabama next week for a series of game.

Freeman, an outfielder and pitcher, will be a part of a team composed of rising juniors that will take on teams from across the country.

“I ended up making the sophomore team Georgia, so on Monday we go to Troy (Ala.), and we’ll be there through Thursday,” Freeman said. “We’re playing Arkansas, Mississippi, Louisiana, Arkansas and all of them. That’s going to be awesome. We’ll stay in a dorm, and you get to meet new people, so that’ll be fun.”

Freeman said the tryouts for Team Georgia and the top 100 were held at the same time.

“When you go for the top 100, all the sophomores that are there, they’re trying out for the team Georgia, and the top 100,” Freeman said. “I didn’t even know about it honestly. Then they called my mom, and ended up telling me I made Team Georgia. That’s exciting. It’ll be some great competition. I’m ready to see it.”

Cole Freeman is one of four LaGrange High players who will participate in the Georgia Dugout Club top 100 showcase this weekend. Kevin Eckleberry | Daily News

http://lagrangenews.com/wp-content/uploads/sites/37/2016/06/web1_freeman2.jpgCole Freeman is one of four LaGrange High players who will participate in the Georgia Dugout Club top 100 showcase this weekend. Kevin Eckleberry | Daily News

Colby Williams, who had a big freshman season, will represent Troup High in the top 100 showcase. Kevin Eckleberry | Daily News

http://lagrangenews.com/wp-content/uploads/sites/37/2016/06/web1_williams.jpgColby Williams, who had a big freshman season, will represent Troup High in the top 100 showcase. Kevin Eckleberry | Daily News

David Sweat, who had a stellar junior season for the LaGrange Grangers, will participate in the Georgia Dugout Club top 100 showcase. Kevin Eckleberry | Daily News

http://lagrangenews.com/wp-content/uploads/sites/37/2016/06/web1_sweat.jpgDavid Sweat, who had a stellar junior season for the LaGrange Grangers, will participate in the Georgia Dugout Club top 100 showcase. Kevin Eckleberry | Daily News