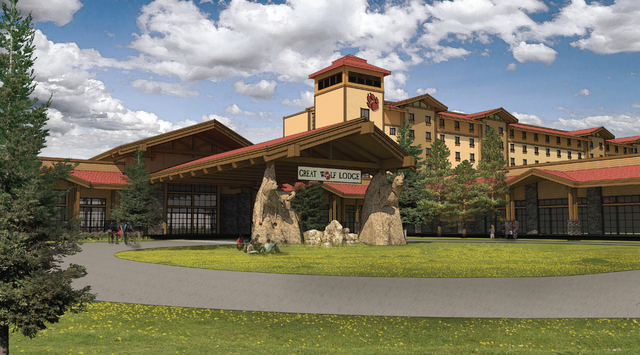 LaGRANGE — An indoor water park and resort slated to be built in south LaGrange could bring as much as $53.3 million annually to Troup County, according to a study by Georgia Tech.

Great Wolf Resorts, which manages more than a dozen indoor water parks across North America, plans to open the lodge on Whitesville Road near Interstate 85 by the fourth quarter of 2018, according to a study commissioned as part of Great Wolf’s application for a state tax incentive.

The Madison, Wisconsin,-based resort company plans to spend as much as $155 million on building the 500,000 square foot hotel and water park.

With $53.3 million in new annual spending in Troup County, the study anticipates the creation of 645 new jobs, full- and part-time, with 494 directly employed by Great Wolf Lodge. About 150 indirect jobs are also presumed to be created at area businesses to support the additional visitors.

Workers in positions created indirectly by the project will see the greatest benefit, the study shows. The average wage of Great Wolf employees is expected to be about $25,800 annually, while workers in positions indirectly created by Great Wolf will earn nearly $34,500 yearly. Those numbers are still shy of the median annual income for Troup County, which in 2014 the U.S. Census reported as almost $42,000.

“Though the design and scope of the project is not final, (Great Wolf Resorts) expects the theme and scope to be similar to the Great Wolf Lodge in Concord, North Carolina,” the document says.

The Georgia Tech study, obtained from the state by the Daily News through an open records request, estimates that families will drive as far as five hours to reach the resort. About 30 percent of visitors are anticipated to come from out of state. In the first year, the resort estimates it will draw nearly 285,000 people, with that number climbing and leveling off to about 330,000 annually within five years. Of the nearly 330,000 visitors expected at full operation, about 98,500 are considered “new” economic activity in the state, and are expected to spend as much as $16 million annually at the resort.

The resorts’ target demographic is families with children in households making more than $50,000 per year.

Additionally, the project — once fully operational — is predicted to pump about $1.1 million in new annual revenues to the Troup County government. The largest revenue source will likely be sales tax, followed by property taxes, the study says. The county can likely expect about $1.3 million in average annual revenues, but will also spend about $200,000 in support costs, such as public safety, public works and general government costs incurred by the project.

The state of Georgia will fare even better than Troup County, the study says. If the projections of annual visitors come true, the state can look forward to a net revenue bump of $1.6 million, largely coming from sales and income taxes.

Great W0lf Lodge in LaGrange is expected to have 456 hotel rooms, a 93,000 square foot indoor water park and other amenities, including a 40,000 square foot ropes course, a miniature golf course and bowling alley.

The resort is expected to be operational year-round, with the exception of a one to two week shutdown period for maintenance.