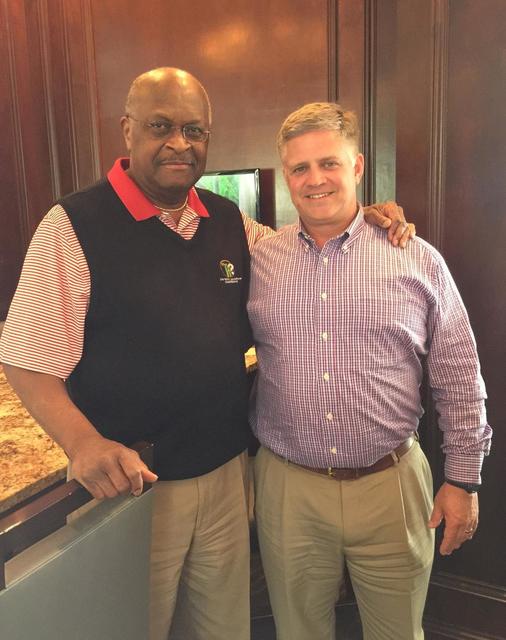 “In politics, there are candidates with a record of doing things and others with a history of talking about things,” Cain said in a statement released by the Ferguson campaign. “Drew Ferguson has helped rebuild a community knocked into the dirt by Washington trade deals, taxes and regulations. His record as a mayor and a small businessman makes him a better candidate than any ten legislators who talk and campaign for a living.”

“West Point was beaten down by globalist trade deals that sent industry abroad, but Drew and the people of his city helped turn that around and make it a major success story once again,” Cain said. “Unlike the legislator class, Drew knows what he’s talking about when it comes to rebuilding an economy and creating jobs.”

“Herman Cain is a national champion of conservatism, but he is also someone with nearly unparalleled success in business,” Ferguson said in a statement. “His faith in me means a lot and I am excited to have his support.”