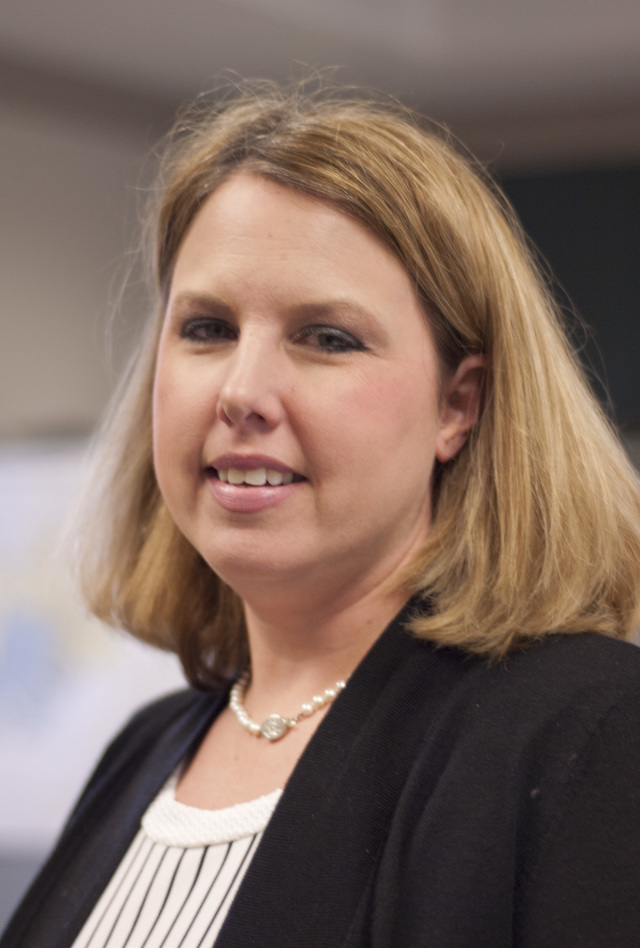 LaGRANGE — Interim City Manager Meg Kelsey has been named the finalist in a search for LaGrange’s next city manager.

The announcement was made by LaGrange Mayor Jim Thornton following Tuesday’s City Council meeting, although no formal action was taken. Thornton said he expects City Council to appoint Kelsey at their next meeting on July 12.

If hired, Kelsey would be LaGrange’s first female city manager and would replace the late Tom Hall, who died unexpectedly in February.

“During the three month search, the City Council received 49 applications, selected 11 for interview by the search consultant, and invited five to interview in-person with the City Council,” Thornton said in a statement. “At the conclusion of that process, the unanimous decision was that Ms. Kelsey was the best applicant and the best person for this position.”

Kelsey began her career with the city in 1996 as a senior development specialist. She was later appointed deputy city manager. She earned a bachelor’s degree in public administration and political science from Georgia College and State University in Milledgeville in 1994 and in 1996 earned a master’s in local government management from the University of Georgia in Athens.

She credits her late boss, Hall, with her success at the city.

“Tom was a guiding force throughout my career,” Kelsy said. “He provided me opportunity after opportunity to grow and learn the business of city government. Not a day goes by that I do not miss our chats. He will be with me always, and I hope at the end of the day I make him proud.”

As city manager, Kelsey said she would aim to promote LaGrange more aggressively in an attempt to bring new businesses and dollars.

“Innovation has never been a problem for the city of LaGrange,” she wrote in a letter to City Council. “What we need to begin doing is the ‘marketing’ part. Marketing in the sense of creating a greater purpose for why we do what we do, and then communicating it.

“Complacency is our greatest enemy,” she continued. “We can’t afford to sit on the sidelines and hope companies, industry, tourists, the media and potential residents stumble upon our ‘secret city.’ We need to forge our own future and craft a compelling case for people to take notice.”

City Council appears to agree, with all members expressing their support for Kelsey to become the next city manger.

“From the beginning of her cover letter to her final interview, Ms. Kelsey, unceasingly, laid out her vision and passion, which included rebranding and remarketing the city of LaGrange and educating the citizens as to why the city does what it does for its people,” Councilman LeGree McCamey stated.

Councilman Mark Mitchell similarly praised Kelsey, saying she was “without question … the best applicant for the city manager position.”

Although no formal public hearing will held on the hiring, the mayor said he invites residents to comment by email at mayor@lagrangega.org.