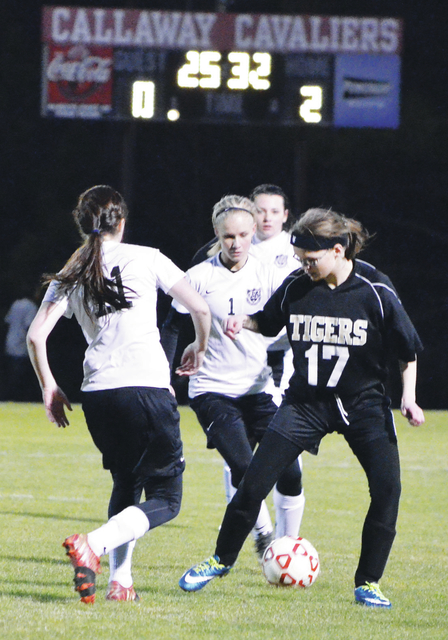 HOGANSVILLE – He thought it would be good for them to hear a different voice.

Keita Placide, the veteran coach of the LaGrange High boys’ soccer team, wanted to take his players to a soccer camp this summer, partly so they could get instruction from someone other than himself.

LaGrange participated in a five-day camp at the University of Alabama-Birmingham, and members of that school’s soccer staff, including men’s head coach Mike Getman, served as instructors.

“One of the best things that came out of it was I had another coach to evaluate these kids, other than myself,” Placide said on Tuesday after watching his team play a seven-on-seven game at Callaway High. “They have another perspective.”

Placide was thrilled with the turnout for the camp, with 20 of his players participating.

Placide said it was an overwhelmingly positive experience.

The Grangers had an up-and-down season last spring, and they ended up finishing fifth in Region 1-AAAAA, and they didn’t qualify for the state playoffs.

It was an inexperienced team, and most of the players will be returning for the 2017 season.

Placide said if some of the players continue to progress, they’ll get the chance to play in college down the road.

“In a couple of years, I expect a couple of these kids to play in college,” Placide said. “So, to get that exposure now is one of the biggest things.”

LaGrange is participating in a summer league at Callaway High, and games will be played through July 28.

The league began last week, but LaGrange had a bye since its players were at UAB for the camp.

After watching his players perform on Tuesday, Placide was pleased.

“We had a bye week last week, so this is our first week getting back into things,” he said. “We started off a little bit slow tonight, but I was happy overall with these young kids. It’s nice to see them blossom. I’ve had some of them at the (Troup) Titans level. So to see them blossom is a nice thing.”