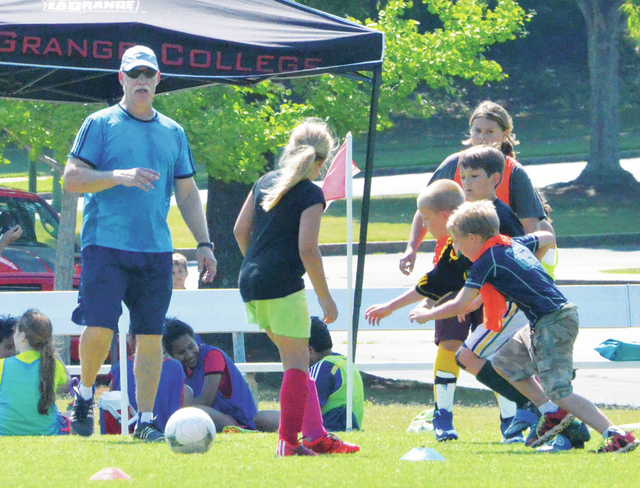 LAGRANGE – He’s hoping this is the year.

In the history of the LaGrange College women’s soccer program, the Panthers have never had a winning record, and only once did they finish at .500.

Fred Wagenaar, who is heading into his third season as the Panthers’ head coach, is looking to change that.

The Panthers were 6-14-1 in Wagenaar’s first season in 2014, and they were 4-16 a year ago, although they lost a bunch of close games, so they weren’t as far away as the record would indicate.

“We’ve never had a winning season,” Wagenaar said. “So I’m hoping this year we’ll get close at least. We lost some games in the last seconds last year. We got the bleeding stopped a little bit.”

The players will report in the middle of August, and the season will get under way on Sept. 1 with a home game against Georgia Southwestern.

He spent two weeks this month helping out with different soccer camps.

He and LaGrange College men’s coach Matthew Evans offered a youth camp together, and Wagenaar also offered a helping hand during the Jeff Geeter camp two weeks ago.

Wagenaar, who came to LaGrange College from Graceland University in Iowa where he amassed a 139-27-19 record, figured the camps would be a nice way to connect with the community.

“I enjoy it a lot,” Wagenaar said on the final day of the Jeff Geeter camp. “It’s nice to meet the community. That’s really why I do it, and sort of hopefully get soccer a little bit more on the map here as well. Hopefully they had fun. It’s 90 degree weather so to get them running sometimes is a little bit of a challenge, but we had a couple of really good kids there.”

Wagenaar also made an appearance at Callaway High on Tuesday for a seven-on-seven league where he was keeping an eye on some possible future Panthers.

Wagenaar is bringing in his second recruiting class this fall, and the newcomers will blend in with a veteran team.

Andrea Richard, a four-year starter who left as the 10th leading goal scorer in school history, was the only senior on the 2015 team.

Among the returning players will be senior Rebecca Sanders, a Troup High graduate who was one of three players who started all 20 games a year ago.