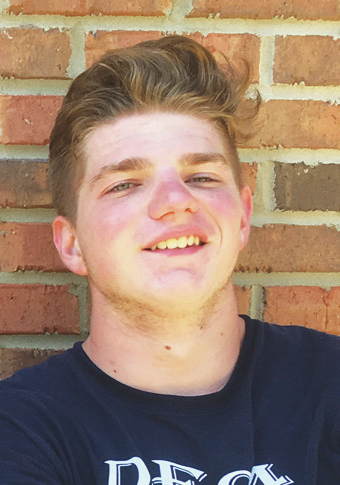 When the Callaway Cavaliers open up against LaGrange on Aug. 19, it will be the final season opener for a group of seniors who have accomplished a great deal during their time at the school.

One of those seniors is Keegan Woods, who’ll be an anchor on the defensive line this season.

“I’m really excited for it,” Woods said on Thursday as the Cavaliers wrapped up another day of their summer strength and conditioning program. “It’s our last one. It’s our last chance to leave our mark, and go for that ring. You’ve got to make the most of it.”

Woods, whose father Eric Woods is a long-time coach at Callaway and now serves as assistant athletic director, will be a key player for the Cavaliers this fall.

A year ago, Woods was a part of a veteran, senior-oriented defensive line that included Rashawn Lovelace, JT Wortham and Keegan Ramsey.

Among those four players, only Woods has returned, although a handful of other defensive linemen did get some playing time last year, including Lichon Terrell, who led the team in tackles in a win over Haralson County and has received some college offers.

Still, Woods is the veteran of that group, and he’s ready to accept the leadership duties that come along with that.

“I’m really excited for it,” Woods said. “We were there once, looking up to the guys above us, and I’m ready to take that leadership role and have the young guys look up to me.”

Woods was a reserve player as a sophomore, and he moved into the starting lineup a year ago and was a key part of a dominant defense that helped the Cavaliers post a 10-2 record.

At Callaway, which has talented players at every position, it’s not unusual to have to wait your turn, and Woods said that just provides motivation.

“It gives you an incentive,” he said. “When you first come up here, you see everyone else working hard. Obviously they worked to get where they are. It inspires you to do your best to work and get there.”

Woods enjoys being a defensive lineman, and he feels that position is critical to the team’s success.

“I feel like we’re the heart of the team, the heart of the defense,” Woods said. “Anything that comes through, we’re the first people on it. Coach (Jason) Sherrer last year, he used to always say, the linebackers make the tackles, but the defensive linemen are the ones making the play happen.”

As for life beyond high school, Woods said he has considered playing college football, but nothing is certain.