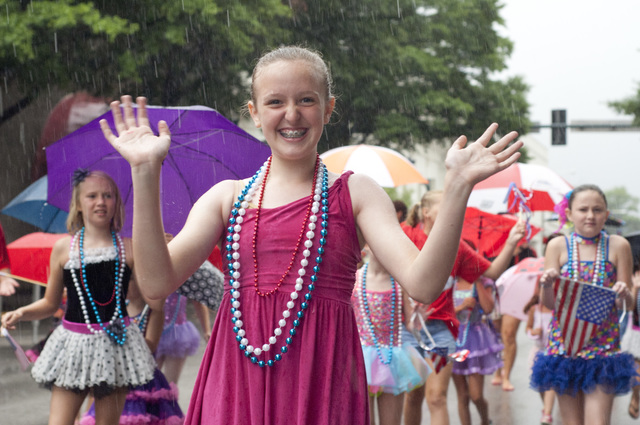 LaGRANGE — July Fourth weekend is here, and there are events on tap as the holiday approaches.

Here is a roundup of some of the holiday-themed happenings going on around town:

• Franklin Road Baptist Church, 1424 New Franklin Road, hosts Celebrate America at 6 p.m. Sunday on the church’s baseball fields. The event is aimed at celebrating God’s blessings on the United States. There will be patriotic songs by adult and children’s choirs, recognition of first responders and recognition of former and active servicemen.

• The 32nd annual Sweet Land of Liberty Parade for youngsters is slated to begin at 10 a.m. Monday.

Young people are invited to participate in the parade by walking, riding bikes and pulling wagons, but no motorized vehicles are allowed. Entry is open until the morning of the parade and is free of charge. Only adults who are parents of children in the parade can walk in the parade.

Juvenile Court Judge Michael Key is set to be the grand marshal of this year’s parade, which is themed “Liberty and Justice For All.”

A costume contest with a grand prize of $300 will be judged by last year’s grand marshal, Angela Anderson; school board member Debbie Burdette; and Kesha Edwards, owner of Whimzey boutique. Judging will take place at the parade line-up point at 9:30 a.m.

Gates to the park open at 9 a.m. and the fireworks will begin at dark. There is a $10 entry fee per vehicle. Food, refreshments and souvenirs will be available, along with live entertainment provide by local band Mr. Terrific. The live music begins at 6 p.m. A children’s play area with rides and inflatables will be open from 4 p.m. to 7:30 p.m.

This year’s fireworks are sponsored by Kid’s Zone Dentistry and Dr. Chuck Pitts.

• Cross Point Church, 191 Hines Road in Hogansville, hosts a community celebration starting at 7 p.m. Monday. There will be free hot dog plates and a fireworks show after dark. The event is free to attend.

Parade participants march past Lafayette Square during the 2015 Sweet Land of Liberty Fourth of July in downtown LaGrange. This year’s parade is set for Monday at 10 a.m.

http://lagrangenews.com/wp-content/uploads/sites/37/2016/07/web1_0706Parade02.jpgParade participants march past Lafayette Square during the 2015 Sweet Land of Liberty Fourth of July in downtown LaGrange. This year’s parade is set for Monday at 10 a.m.