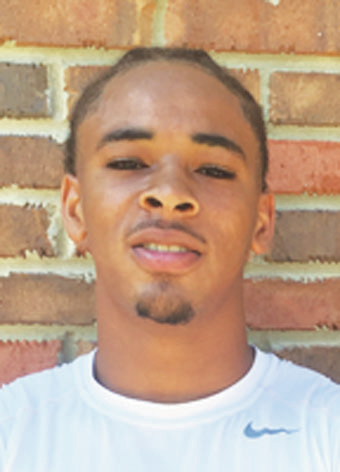 Since enjoying a breakthrough 2015 season, both as a tight end and a linebacker, Callaway High’s Freeman has become a sought-after recruiting target, and he has received offers from numerous schools, including state schools Kennesaw State and Mercer.

“I’ve really enjoyed everything,” said Freeman, who has made a handful of recruiting visits this summer. “At times it’s been a little overwhelming. But, it’s what I’ve always prayed for and worked for, so I’m just grateful.”

It helps that if Freeman needs someone to turn to for advice, he doesn’t need to look far.

Freeman’s brother, KeShun Freeman, is a junior on the Georgia Tech football team, and he went through the recruiting process himself while he was a standout linebacker at Callaway.

KeShun Freeman has gone on to enjoy a successful collegiate career, and he’ll be a leader of Georgia Tech’s defense this season.

“Sometimes, I just have to call up my brother and talk to him about everything,” Michael Freeman said. “Having somebody who’s been through it really helps out a lot.”

Before Freeman embarks on his college adventure, he’s got some work left to do at Callaway.

Freeman will be a key part of a Callaway team that will open a new season on Aug. 19 against LaGrange.

Freeman will be on the field a bunch.

As a tight end, he’ll be a critical piece of the offensive puzzle, as a pass catcher and a blocker.

Defensive coordinator Dusty Hubbard will also be counting on him heavily as a play-maker on a linebacker unit with some inexperience.

“We’ll play him on offense in certain situations when we need certain things, but he’ll be one of our starting linebackers, whereas last year we had some depth at linebacker, so we played him a lot more on offense,” Hubbard said. “So we’ll get some young tight ends ready to spell him a little bit so he can most of his reps on defense.”

Freeman has prepared for the season knowing how busy he’ll be, and he’s ready for that challenge.

Freeman has been a part of a lot of successful moments over the years.

When he was a freshman, the same year his brother was a senior, Michael Freeman was a member of a team that reached the state semifinals.

For the past two seasons, the Cavaliers have reached the second round of the state playoffs, and they won a region championship a year ago.

Freeman is ready to make the most of his final go-around as a high-school player.

Freeman added that “it’s kind of a bittersweet feeling to know that this is my last year. I love my teammates. I love my coaches. I know that next year is going to be more of a grind, more of a job. So I’m really excited about this, but I’m not trying to rush things.”

Freeman said he’s grateful for his support system that includes his family, who has always been there for him, as well as his coaches, including head coach Pete Wiggins.

“At times when I do get overwhelmed, I have people just to keep me in check, and keep me grounded,” Freeman said. “Even with coach Wiggins, he’s always been like a father figure. Sometimes I’ll be out there, and I’m tired, and I don’t think I can go anymore. Just to have him to push me, makes me feel pretty great.”

Looking forward, Freeman will have plenty of options when it comes to selecting a college, and he also doesn’t have to be pigeon-holed into a particular position because of his versatility.

“My mother always told me not to limit myself to just one thing,” he added. “So I’ve always tried to work as hard as I can at everything, just to get my overall game better. I try to pride myself on being a versatile player.”