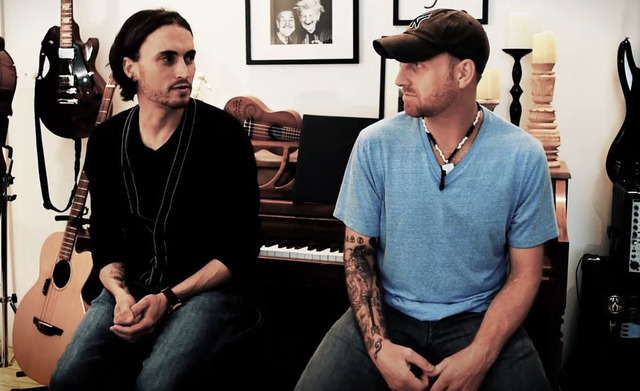 LaGRANGE — Saturday, July 9, award-winning songwriter Jason Connelly leads a Songwriter Workshop during the day then follows with an evening concert by Connelly and Ben Kriff of The Jason Connelly Band.

Connelly, an American singer-songwriter, has spent most of his life in the U.S. Southlands writing music he refers to as “music with intent.” Since the release of his first record, “Songs from Inside the Attic” — recorded live at Decatur’s listening room, Eddie’s Attic — Jason Connelly and his band have gone on to release three more records — “Bitter Blue” in 2014, “Homemade Wine” in 2012 and “Leave Your Hat at the Door” in 2011 — with one to release August 2016.

All CDs may be found on Amazon, Pandora, Spotify or iTunes with the exception of “Homemade Wine,” which is sold at live shows only.

His songs have appeared on various TV shows including his song “Father, Father,” which was featured on Anderson Copper in 2015. In 2016, his song “1,000 Lanterns” was featured on the Team Love Song campaign, which reached more than 4 million viewers.

With a wide variety of songs under his belt and plenty of experience, Connelly is now ready to share his love of songwriting with upcoming musicians at the Songwriter Workshop in LaGrange.

Ben Kriff, otherwise known as “Benny,” has been a member of the The Jason Connelly Band since April 2012. Since Kriff’s introduction, he has co-written several of the band’s latest songs.

The songwriter’s workshop session will help to develop the art of songwriting and hone existing songwriting skills. Participants of the workshop need to bring a song or song idea, their instrument — house piano provided — paper and pen.

Sign-ups for the workshop may be made at http://tinyurl.com/hzebuaf or purchased the day of the workshop.

“I want to draw out all ages to this concert,” said Maggie McDonald, owner and operator of Pure Life Studios. “They (Jason Connelly and Ben Kriff) blew us away on their first visit, and I know they have a big Atlanta following, so I would love to extend that audience. They are unreal, from lyrics to delivery, from musicianship to the most beautiful vocals … (sigh) great stuff!”

The concert will be held at Pure Life Studios, an acoustic listening room at 206 Clark St. in LaGrange.

Outside food and drink are welcome. To reserve a seat or for more information about the concert visit Pure Life Studios on Facebook at facebook.com/lagrangepurelife, contact Maggie McDonald by email at maggie@purelifelagrange.com or text 706-443-4838.

Jason Connelly, left, and Ben Kriff of The Jason Connelly Band sit with instruments in this undated promotional photo. The two musicians will host a songwriter’s workshop at Pure Life Studios in LaGrange on Saturday, July 9, followed by a concert.

http://lagrangenews.com/wp-content/uploads/sites/37/2016/07/web1_web0707PureLife.jpgJason Connelly, left, and Ben Kriff of The Jason Connelly Band sit with instruments in this undated promotional photo. The two musicians will host a songwriter’s workshop at Pure Life Studios in LaGrange on Saturday, July 9, followed by a concert.