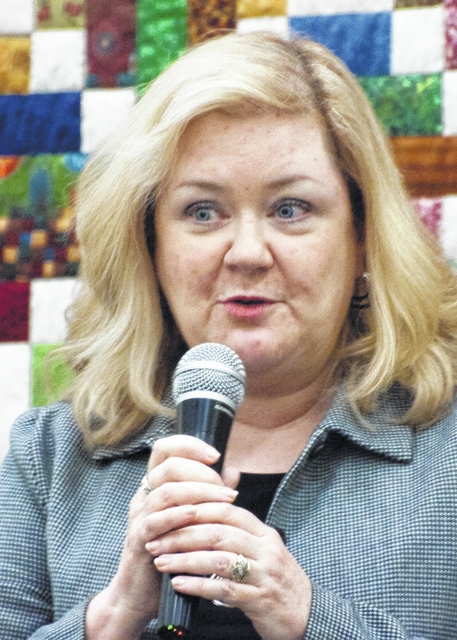 LaGRANGE — Candidates for school board laid out different but overlapping visions for the future of Troup County schools on Thursday at a public forum hosted by regional chambers of commerce.

John Asbell and Cathy Hunt are nonpartisan candidates for the Troup County Board of Education District 5 seat, and are headed for a runoff election July 26.

During the forum, Asbell, a Georgia Power employee and former chair of the THINC College and Career Academy, set forward his ideas to reform the school system, and said he’d like to see more local business involvement with after-school mentoring programs and early learning opportunities.

Hunt, an educator who spent her career in the Troup County School System, said she’d like to see the system’s instructional budget increased, paving the way for additional teachers, smaller class sizes and the return of art and music education to the school system.

Both candidates agreed there are socioeconomic challenges in the school system, with Hunt going as far to say some schools may need to be rezoned, a proposal she admitted would be controversial and possibly unpopular. Asbell also said the school system needed to look at demographic issues, and said better access to technology for all students across a spectrum would be beneficial.

On the topic of an upcoming referendum that, if passed, would allow the state government to take over failing schools, the two candidates diverged. Hunt said she would support Gov. Nathan Deal’s Opportunity School District plan, but also said she wasn’t entirely sure what the plan would look like. Asbell said the plan concerned him because it could take local control away from teachers and administrators — a concern shared by Hunt. Asbell said he did not support the governor’s Opportunity School District plan.

The candidates both expressed their skepticism of merit pay for teachers — a model that ties teacher pay to student performance. Hunt, as an educator, said the playing field isn’t always equal for teachers, and some educators have more challenging students.

She said teachers should have incentives for continuing their own professional development, such as advanced degrees. Asbell called the current teacher pay system “awkward and cumbersome,” and said as a business person, he would seek to identify the desired outcome for the school system and work to place qualified personnel in positions to achieve those goals.

Earlier this year, the school system contracted a consultant team for professional development of teachers. The consultants last school year observed classrooms and this year will train administrators and teacher in “rigor and relevance.” The school system spent $701,825 on the consultants — money Hunt called “a waste.” Instead, she said that money would be better spent on hiring more teachers.

Early voting for the Board of Education District 5 race is underway now, and ballots can be cast Monday through Friday from 8 a.m. to 5 p.m. at the Troup County Government Center, 100 Ridley Ave. in LaGrange. Early voting ends July 22.

The runoff election will be held July 26 at polling stations around the county from 7 a.m. to 7 p.m. A valid, government-issued photo ID is required to vote.