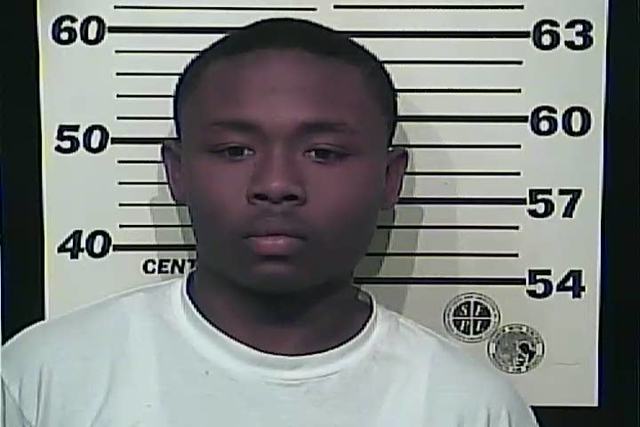 Joshua Lee Maddox, whose age was unavailable, of LaGrange, was charged with one count of armed robbery. In a negotiated deal between the state and the defense, Maddox pleaded guilty to a lesser charge of hindering the apprehension of a criminal.

In February 2015, the victim made contact with one of the co-defendants, Jadarious Dyquan Dozier, of LaGrange, through the LaGrange Area Online Yard Sale Facebook page and arranged to purchase cellphones, said prosecutor Melissa Himes. The two agreed to meet at the apartments located at 1600 Meadow Terrace.

The victim pulled up and saw Dozier, but as she approached him, one of other the co-defendants in the case, Polaris Rakaryia Shells, allegedly put a gun to her neck and stole her money, Himes said.

When the woman attempted to take a picture of the suspects with her cellphone, Dozier snatched the device from her hand, the state told the court. The two men took off and jumped into a gold Nissan driven by Maddox.

The victim and a witness spotted the getaway car and called 911, said Himes. Police pulled the vehicle over and arrested the three men just two blocks from where the crime occurred.

A fourth person inside the car, a juvenile, was also taken into custody. His involvement was taken off the docket.

Maddox told investigators he did not know a crime had been committed until Dozier and Shells were back in the car and they were leaving the scene, Himes said.

The senior assistant district attorney told the court the Dozier was also responsible for a similar crime at the Laurel Ridge Apartment complex. Both he and Shells already pleaded guilty in Troup County Superior Court to their roles in incident at Meadow Terrace and were sentenced.

“I feel the primary perpetrators are those two (Dozier and Shells),” said Himes. “The victim didn’t even know the other two (Maddox and the juvenile) existed. It was dark and she couldn’t see inside the car. … Dozier and Shells are doing 20 years to serve 10 in jail, and they will do every minute of that.”

Maddox’s defense attorney, Jackie Patterson, believed his client got mixed up in the wrong crowd and was in the wrong place at the wrong time.

“He found himself in a very bad position,” Patterson said. “He understands now that he needs to pick his friends very carefully … that this is very important. … If this plea deal goes through, your honor, you will never see Mr. Maddox standing before you in this court again.”

Since Maddox had no juvenile record, the state recommended he be sentenced to five years to serve 73 days in jail, with the balance to be probated. He will also pay a $750 fine plus $160 in restitution to the victim within 30 days.