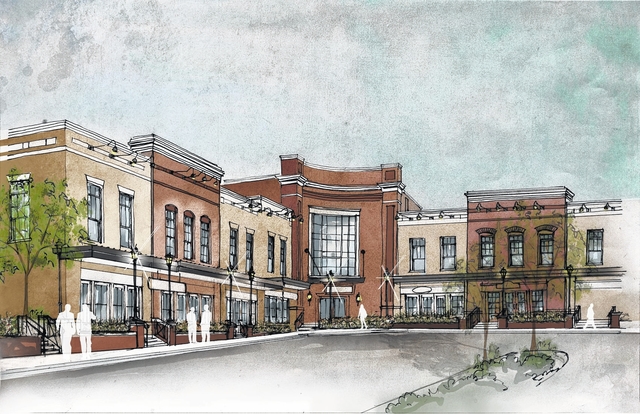 LaGRANGE — Get ready LaGrange, your shopping and dining dreams are a step closer to reality.

The project would be next door to the planned Great Wolf Lodge water park, said Ron Orr, president of Southpoint Development, a partner in the project. It will be the largest development in Troup County since the Kia Motors plant was built.

“This is going to be a family entertainment and dining destination with a residential community,” said Orr, who lives in LaGrange. It will be “pedestrian friendly, neo-traditional, very open. This is going to be good news for the community. We need this.”

The development includes 300,000 square feet of outlet retail space and a 200,000-square-foot village that will include residential space, a grocery store and offices, Orr said.

In addition to Great Wolf, Orr said developers have locked down a Hilton hotel, and the site will also include a medical office.

The project comprises 247 acres on the north side of I-85 and 305 acres to the south. Selig’s development team, chaired by Bob Riddle, an executive vice president at Selig, assembled the tract of land over the course of seven years.

“This development will have a major economic impact on the area and will be the catalyst for future growth,” Riddle said. “We could not be more excited to be a part of this project.”

As part of the development, the Pegasus Parkway extension connecting Whitesville Road to Davis Road will be completed through a public-private effort with Selig, Troup County and the city of LaGrange.

Although they haven’t announced exactly which brands of retail will fill the shopping center, Selig has a track record of attracting big-name chains. The company is one of the largest developers in the Southeast, and has similar projects across Georgia, Alabama and Florida.

The developer is responsible for Atlanta’s 12th & Midtown development, which has 3 million square feet of space and encompasses seven city blocks. The high-rise building includes premium residences, flagship retail and a luxury hotel.

A plethora of properties listed on Selig’s website shows it owns shopping centers with tenants including Men’s Warehouse, Haverty’s Furniture, H.H. Gregg, Kirkland’s, GameStop, Publix and dozens more. Its website shows scores of properties across three states — with many in the Atlanta area.

There’s no word on when the development will open, but Orr said the project is on its way.

“We’re in the process of negotiating with folks, and we’re moving forward with the project,” he said. “We’re building the road, and we’re grading the project. We’re under construction.”

Great Wolf Lodge, the shopping center’s counterpart, is set to open in early 2018.

An artists rendering shows a part of Selig Enterprises’ proposed mixed-use development that would be near Interstate 85’s Whitesville Road exit. The development was announced Friday and will be the largest project in Troup County since the Kia Motors plant was built.

http://lagrangenews.com/wp-content/uploads/sites/37/2016/07/web1_Selig01CMYK-1.jpgAn artists rendering shows a part of Selig Enterprises’ proposed mixed-use development that would be near Interstate 85’s Whitesville Road exit. The development was announced Friday and will be the largest project in Troup County since the Kia Motors plant was built.