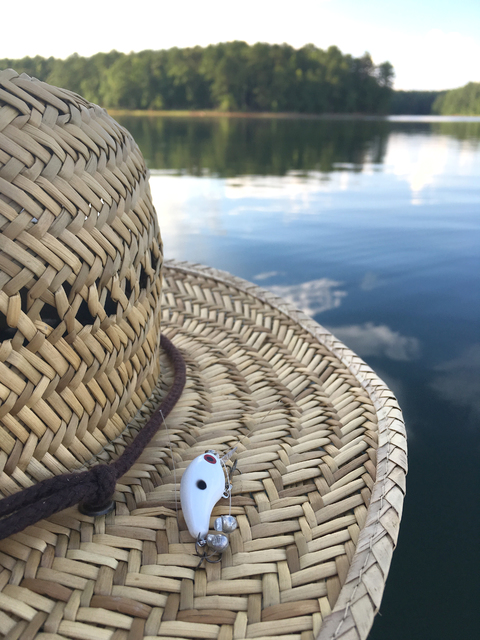 LaGRANGE — It’s not just the weather at West Point Lake that’s heating up this week.

The U.S. Supreme Court’s arbitrator of a lawsuit filed by Florida against Georgia in the so-called “Water Wars” set an Oct. 31 trail date on Wednesday.

Negotiations between representatives of the two states are ongoing and could thwart the trial, but an order by the arbitrator, Special Master Ralph Lancaster, bars both parties from speaking to the media about how the talks are going.

At stake is control of the Chattahoochee, Flint and Apalachicola rivers. In the suit, originally filed in late 2014, Florida argues Georgia’s projected water consumption, particularly in rapidly growing metro Atlanta, will cause Florida’s Apalachicola River and Bay to shrink, harming the viability of the region’s “ecology, economy and way of life.”

Attorneys for Georgia have denied those allegations, instead pinning the blame on Florida for mismanagement of the Apalachicola River and Bay.

“Florida has failed to adopt reasonable conservation measures to protect and preserve water in the Apalachicola River and Bay,” Georgia’s attorney’s wrote in a Jan. 8, 2015, answer to the complaint.

Georgia argues that Florida has allowed illegal oyster harvesting in the Apalachicola Bay, as well as polluting and destroying the habitats of certain endangered wildlife species.

Georgia has also argued that it has no control over the release of water from Woodruff Dam at Seminole Lake, where the Apalachicola begins. Rather, the state points its finger at the U.S. Army Corps of Engineers, which oversees the dam.

It’s more complicated than that, though. The Chattahoochee and Flint rivers form a wishbone-shaped basin across west and central Georgia, converging near the Georgia-Florida border to form the Apalachicola River.

Downstream from the Apalachicola, a bay flows into the Gulf of Mexico where endangered species of fish and mollusks live. The U.S. Fish and Wildlife Service requires the Army Corps to maintain a healthy flow of fresh water into the Apalachicola to keep the species protected.

Florida is hoping the arbitrator will side with them and force Georgia to reduce its water consumption to 1992 levels to keep the Apalachicola’s ecosystem from collapsing. Georgia, on the other hand, is hoping to rely on the Chattahoochee for drinking water — especially as the Atlanta Regional Commission expects the area’s population to boom to 8 million by 2040.

Unless the two sides can come to an agreement behind closed doors, it may be up to the arbitrator to determine the fate of one of the most endangered river systems in America.

Under the arbitrator’s latest order, both parties have until July 23 to object to the trial schedule. Witness lists, pre-trial motions and exchanges of depositions are due during September, and in October, both sides must submit pre-trial briefs and exhibits they intend to enter into the record.

The trial, if it goes forward, will begin Oct. 31 at 8 a.m. in the U.S. District Court for the District of Columbia’s E. Barrett Prettyman Courthouse on Constitution Avenue in Washington, D.C.

A hat sits on the dock at Liberty Hill lake access park on Thursday. West Point Lake and the Chattahoochee are the subject of a legal battle over water access between the states of Florida and Georgia, which is set to go to trial Oct. 31.

http://lagrangenews.com/wp-content/uploads/sites/37/2016/07/web1_WestPointLakeWEB.jpgA hat sits on the dock at Liberty Hill lake access park on Thursday. West Point Lake and the Chattahoochee are the subject of a legal battle over water access between the states of Florida and Georgia, which is set to go to trial Oct. 31.