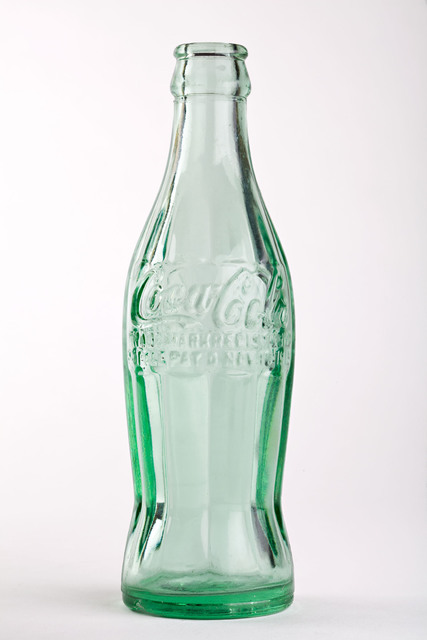 Coke was created in 1886 and originally only sold in drug stores with fountain service, but they finally realized that making it more accessible to customers in their homes was more profitable. So in the 1890s, Coke started bottling their product.

Due to the success of bottling Coke, many imitators sprang up using similar names like Coca Nola and Nova Cola. Their bottles even looked like Coke’s bottles in the period from 1900-1915.

In 1915, the management of Coca-Cola met and decided they needed to redesign their product and make it recognizable, “even to a blind person.” Little did they know that the design eventually chosen would become the most recognizable product in the world of the 20th century.

The top design by Root Glass of Terre Haute, Indiana, certainly featured a new look, it had a “fat man” middle, but was top heavy and turned over too easily. Also, it did not work well on the production lines, so it was slimmed down and they had a masterpiece of design.

Coke collectors are as fanatical as they are numerous. Coke collectors nationwide gather each year for the Coca-Cola Collectors Club annual meeting. The 2013 national convention was held in Charlotte, North Carolina, but the Atlanta Chapter of the CCCC meets several times a year and has their own Atlanta annual meeting every spring.

Coke’s success is almost legendary in advertising circles. In numerous polls, Coke’s iconic bottle was named the most recognizable product in the world.

Coke also made some wise marketing decisions during WW II when they sold millions of bottles of Coke to the U.S. military for shipment overseas to U.S. troops at subsidized prices. The chairman of Coca-Cola made it company policy that, “We will see that every man in uniform gets a bottle of Coca-Cola for 5 cents, wherever he is and whatever it costs.”

The company also financed the building of numerous overseas bottling operations to keep U.S. servicemen supplied with its product, which helped accelerate worldwide sales. When the war was over, 2 million U.S. troops returned home and when they wanted a soft drink, Coke was what they bought; and Coke stock soared, making many Coke investors wealthy.

Coke franchisers across the country could hardly bottle and sell enough Coke to meet demand.

Americans had a habit of giving shorter nicknames to famous people, places and objects, such as “J.F.K.” for President Kennedy, “Chevy” for Chevrolet, “L.A.” for Los Angeles, etc. Coca-Cola lovers quickly nicknamed it “Coke” for short.

The Coca-Cola Company fought this nickname for years, but finally gave in and started advertising its’ drink as “Coke.”

Coke reached such highs in product acceptance that in 1960, the Coke bottle was awarded a rare distinction of having an entry in the Principal Register of the U.S. Patent Office as a trademark.

One of the most popular features of Coke bottles was that franchisers across the country had the town’s name put on the bottom of the bottle. The original idea was to have local bottlers keep their own bottles they bought from Root Glass, but exchanging bottles proved unworkable and expensive, so it was abandoned.

People would drink a Coke and turn it upside down to see what city’s name was on the bottom of the bottle. Collectors soon started collecting as many cities as they could find.

The next change on the Coke bottle came in 1938 when a patent number was shown with no date listed. These bottles were made from 1938 until 1951 and are referred to as “Patent D Cokes.”

In 1951, another change on the bottle listed “Minimum contents 6 FL OZ.” These bottles are referred to as the “6 OZ. Cokes” and were bottled from 1951 to 1958. During this bottling period, the larger letters on the bottom of the bottle were changed for smaller letters.

On the 100th anniversary of Coke’s creation, many reproduction “hobbleskirt” Cokes were produced, but collectors know where to look on the bottle to see if it was an original Coke or a reproduction.

Some of the “1915 hobbleskirt” bottles were a clear glass, but soon Root Glass switched to adding copper to the glass to give it the distinctive green color. During WWII, copper was in short supply, so many Coke bottles produced during the WWII years were clear, due to a lack of copper in the glass.

After WWII, Coke went back to the green color. The clear “hobbleskirt” Cokes are much harder to find and bring much higher prices due to their scarcity. A mint condition “1915 hobbleskirt” clear Coke might bring over $100 when sold, if you can find one.

Many Coke collectors have hoarded such rare bottles and they are rarely offered for sale. Of course, small town bottlers bought fewer bottles, so bottles from small towns are more scarce than bottles from Columbus or Atlanta.

In recent years, Coke came out with plastic liter bottles shaped like their iconic “hobbleskirt Cokes.”

The “hobbleskirt Coke” glass bottle may no longer be offered for sale, but it will be remembered by the WWII’s “greatest generation” and many “baby boomers” as a treasured memory of their earlier life.

The 1915 prototype bottle for Coca-Cola, which was rejected.

http://lagrangenews.com/wp-content/uploads/sites/37/2016/07/web1_web0717Vanishing03.jpgThe 1915 prototype bottle for Coca-Cola, which was rejected. 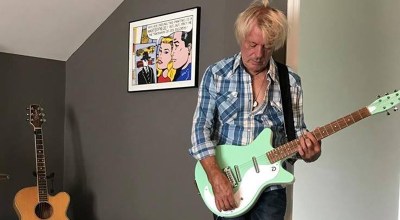