RNC: Ohio delegation overjoyed by ‘Down Under’ speech 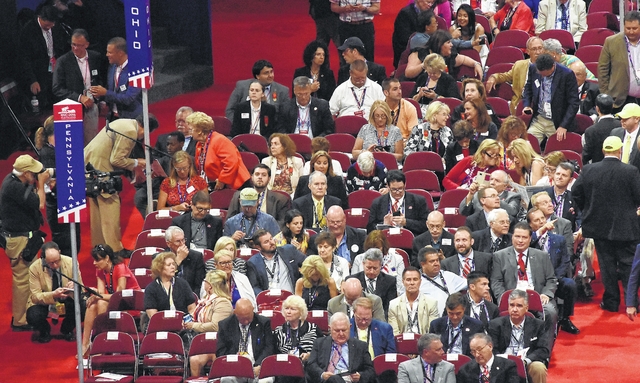 The Ohio delegation to the Republican National Convention received a visit from “Down Under” during its kickoff breakfast Monday.

Australian Ambassador to the United States Joe Hockey was among the speakers at the event, talking to delegates of the shared history of cooperation and shared values between the two nations.

“That’s why people want to come here,” he said. “I want you to believe in yourselves as much as I and the rest of the world believe in you as well. Your democracy is vibrant, it’s strong and it’s a model because it does, at the end of the day, work.”

Allen County (Ohio) Republican Party Chairman Keith Cheney said that having the ambassador speak to the delegation was a pleasant surprise.

“His message to Americans was that we have a country with freedom,” he said. “I think that resonated with the crowd without exception: ‘We love America just like you love America, and we’re here to stand with you.’ That was great to hear from the ambassador.”

Pennsylvania and Ohio delegates gather on the floor of Quicken Loans Arena for the start of the Republican National Convention on Monday in Cleveland.

http://lagrangenews.com/wp-content/uploads/sites/37/2016/07/web1_Page-RNC_02co.jpgPennsylvania and Ohio delegates gather on the floor of Quicken Loans Arena for the start of the Republican National Convention on Monday in Cleveland.