Board of Ed. set to appoint new member 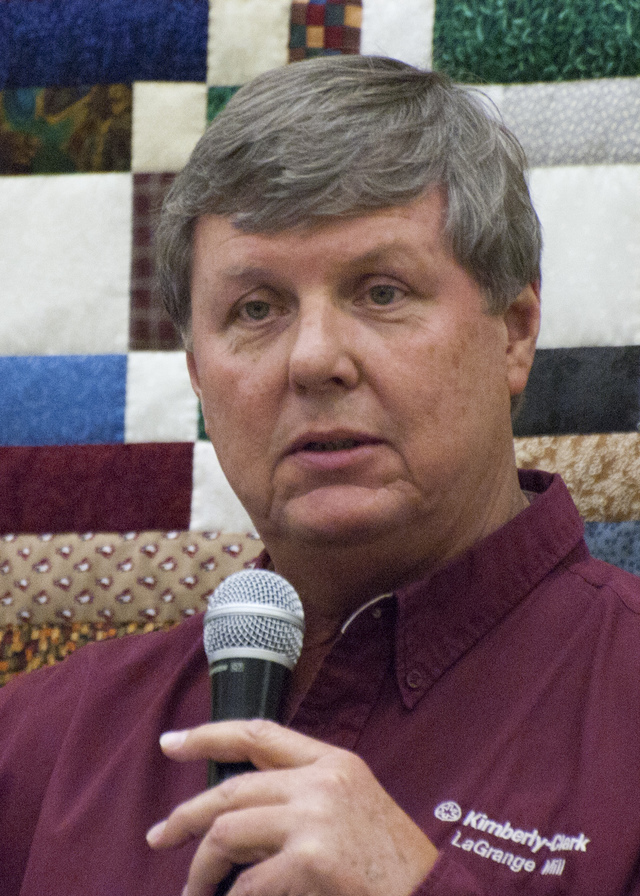 LaGRANGE — The Board of Education on Thursday is expected to vote on appointing member-elect Joe Franklin into office early to fill a vacancy after a board member recently resigned.

District 6 member Ashley Adams gave her resignation to the board because her family moved out of state, confirmed board attorney John Taylor. According to state law, with less than two years left on the term, the board can appoint someone to fill the vacancy for the remaining six months of the term, he told board members during Monday’s caucus meeting.

Board Chairman Ted Alford noted the board may approve Franklin to fill the term at its Thursday meeting, and other members were in apparent agreement with the suggestion. After the board votes to fill the term, it must send a resolution to the Georgia secretary of state’s office, which will need to approve the move and craft language for an oath of office for the interim member to take, Taylor said.

The board will need to secure someone to swear in the new member. Alford noted the process means the appointed person will likely be sworn in at the August board meeting, set for Aug. 18, but Taylor said the board also can call a meeting earlier if it chooses.

Adams announced in February she would not seek re-election to the District 6 post, which she has held since 2012.

“I believe we have made great progress over the past few years and I am proud to have been a part of the success,” she said in a written statement sent to media in February. “Recognizing the importance of teamwork is imperative as a board member, and having the right team is equally important. Troup County has some incredible team players at all levels. …

“It has been an honor and privilege to serve the citizens of Troup County through the Board of Education. This community will always hold a special place in my heart. Serving my hometown, within the field of education, has been one of the most fulfilling experiences of my life.”

Franklin won the May 24 election for the District 6 seat. His elected term officially starts on Jan. 1.

He is one of four new members coming onto the board at the start of 2017.

Kirk Hancock will take the reins of District 2 and Brandon Brooks will take on District 3, respectively replacing board members Dianne Matthews and Sheila Rowe, who did not seek re-election.

The District 5 seat — currently held by Debbie Burdette, who also did not seek re-election — is currently set to be determined between candidates John Asbell and Cathy Sargent Hunt in the runoff election on July 26. Early voting is underway in the runoff.