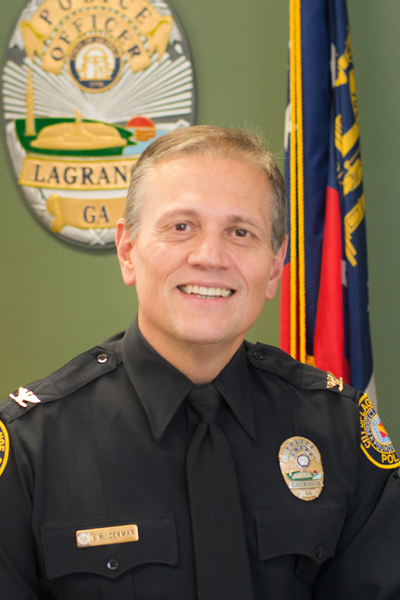 LaGRANGE — One police officer and a sheriff’s deputy remain hospitalized after Sunday’s assault on law enforcement officers in a strip mall in Baton Rouge, Louisiana. A third officer was treated for his injuries and released.

The shootings took the lives of three Baton Rouge police officers as they responded to the original call for service and those officials who immediately came to the aide of their comrades under gunfire.

The lone gunman — identified as Gavin Long, 29, of Kansas City, Missouri — was killed in an ensuing gun battle with police.

The assault in Baton Rouge came less than two weeks after five Dallas Police officers were killed and seven others wounded during a similar ambush assault in Dallas, Texas, during a demonstration. The event was supposed to be a peaceful protest on two officer-involved shootings that resulted in two deaths. One of those shootings took place in Baton Rouge on July 5.

The media frenzy and public outcry surrounding the incidents has been overwhelming.

“The reason the officer-involved shootings is news is because this is rare. Use of force is rare and deadly use of force is even more rare,” said LaGrange Public Safety Chief Lou Dekmar. “This not the norm. … Most of the time, law enforcement officers resolve issues without taking people into custody … but when those officer do go wrong, the public has the right to expect answers and accountability.

“There’s a perception that officer-involved shootings is overwhelming and it is out of hand, but hundreds of millions of police contacts happen every day and essentially it is a nonevent,” he added.

Dekmar, who is also the second vice president of the International Association of Chiefs of Police, said the statistics on a national, state and local level also do not support the perception of increased police brutality.

Nationally in 2015, he said there were millions of police contacts with people. Between 11 to 12 million of those ended in arrests and 991 people were fatally shot by law enforcement officers responding to the call. Out of all 50 states, Georgia ranked eighth in population size and 42nd in the number of police-involved shootings, Dekmar said, referencing data compiled by the Washington Post via the FBI.

In LaGrange, there were 48 incidents involving use of force among city police officers, he said. That number is less than 1 percent of total arrests by LaGrange officers last year, Dekmar added.

None of the use of force incidents involved a fatal shooting by an officer. LaGrange police have not been involved in that type of deadly encounter in more than 21 years, said Dekmar.

All LaGrange police officers are trained in crisis intervention and learn other tactics to use first in de-escalating a situation, Dekmar said. They also prepared for calls by training with mental health organizations, among other things.

The chief believes the police department’s strong ties to the community have made a difference in their low use of force statistics as well.

With its outreach program, the police department has made connections “with the Boys & Girls Club, United Way, with the faith community, partnerships with civil rights groups and with other community outreach programs, ” Dekmar stated.

“… My concern is that we do those things to make sure our officers are safe and do their necessary and important work, which is to protect the public,” he added.