RNC: Bottle has more than one message 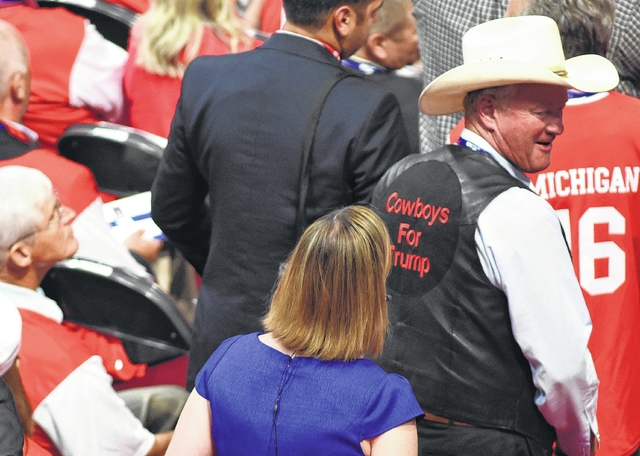 While Cleveland is at the center of the nation’s attention during the Republican convention, Lima, Ohio, is making its presence felt at the convention in a very refreshing way.

Lima-based plastics company 50 Strong is representing the Ohio manufacturing sector by having its All American insulated water bottle included in the VIP gift bags given out at the convention.

“To be able to have an item that is manufactured right here in Lima, Ohio, and put it out on a national stage, and to have people from all over the country, all over the world, coming here and getting a product that was made right here in Ohio is a huge honor for us,” 50 Strong CEO Ashley Thompson said.

The bottles were included after Thompson’s business connections in the Cleveland area connected her with the convention’s planning committee after seeing one of the bottles, which features a U.S. flag-inspired design. According to Thompson, once the planners received a bottle and learned of the company’s made-in-America focus, her product was chosen for the VIP bag.

“For us, it isn’t about being a Republican or a Democrat but about being an American and supporting American manufacturing,” she said. “Our bottle represents all the other manufacturing companies across the U.S. doing great things. It is a tangible asset. You can touch it and feel it and know there are great things going on in America.”

The bottle also included a message inside, outlining the company’s goal of providing scholarships to manufacturing workers and students looking to get into the manufacturing field.

“Our goal is to eventually offer scholarships in all 50 states,” Thompson said. “So this is great to get the brand out, but also to spread the message about what we’re doing to try to encourage individuals to pursue careers in manufacturing.”

A Donald Trump supporter wears a leather vest which reads “Cowboys for Trump” while on the delegate floor.

http://lagrangenews.com/wp-content/uploads/sites/37/2016/07/web1_RNC-cowboys-for-trump_co-1.jpgA Donald Trump supporter wears a leather vest which reads “Cowboys for Trump” while on the delegate floor.