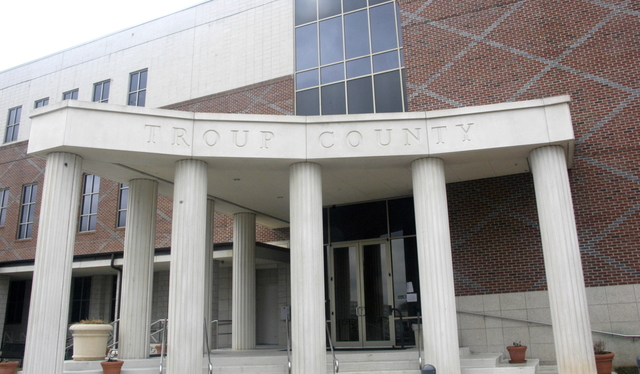 LaGRANGE — County commissioners are set to vote at their next meeting on whether a land owner can open a storage space for boats and recreational vehicles on Almond Road.

The 1-acre parcel, located at 138 Almond Road off Greenville Road, is owned by Larry Hester, who is seeking to have commissioners rezone the property from single family, medium density to general commercial.

At a public hearing Tuesday, area residents who live off the road sought to stop the rezoning, with many homeowners speaking in opposition.

The land was previously used by Diverse Power as a substation, but has been abandoned and relinquished back to the Hesters. The lot now sits vacant as a gravel pad surrounded by chain-link fence. Hester’s son, Carl Hester, approached his father about using the property as a storage space and wants to build covered structures to house 10 to 12 boats or RVs.

The Hesters own about 50 acres of property surrounding the former substation. At the end of Almond Road there is a subdivision with about 30 lots, and property owners there are concerned about what the storage space could mean for their neighborhood.

Laura Valdez of Oaks Drive and Susan Coleman of Almond Road both spoke to commissioners in opposition to the proposal.

“One of the reasons we oppose this is because of the traffic,” Coleman said. “There are no sidewalks, and the kids play in the street.”

Valdez said she is concerned about the possibility of the storage space bringing crime to the area.

“We have a crime-free neighborhood, and with the commercial zoning, that’s going to bring a lot of attention to our area,” she said. “We just don’t want this in our neighborhood.”

The pair submitted a petition with more than 60 signatures to commissioners, urging them to deny the rezoning.

The county’s zoning board has previously denied the rezoning request. The request was not eligible for a vote on Tuesday, and could come up for a vote during the next regularly scheduled meeting on Aug. 2.