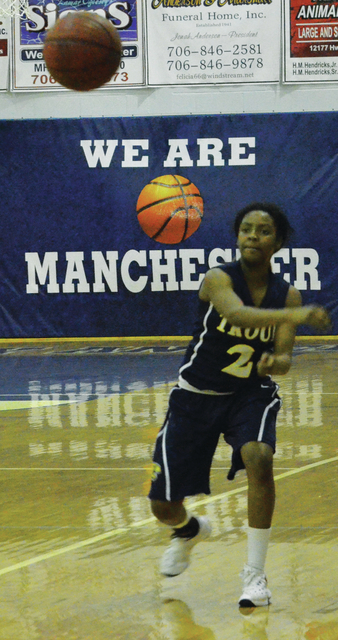 HOGANSVILLE – He liked what he saw.

In their final major activity of the summer, the Troup Tigers visited the Callaway Cavaliers on Thursday for an 11-on-11 team camp.

The camp served as a prelude to the official start of preseason practice on Monday, and Troup head Tanner Glisson was pleased with his team’s performance against a strong Callaway squad.

“I thought we competed today,” Glisson said. “We earned some respect from those guys. It gives us a little bit of pride.”

The Tigers have completed their second summer program under the direction of Glisson, and things were a lot different this year.

Last year, when the Tigers kicked off their summer program, Glisson was just beginning his tenure as head coach, and he was still learning the names of all the players.

As the Tigers embarked on their summer program this year, the players had been in Glisson’s system for a year, and the coach said a lot has changed in a year.

“The culture that we’ve created is where we hoped it would be,” Glisson said. “It’s taken a little time. It’s taken them since June 1 of last year. It’s taken one full year. But the expectation level is higher. The kids come in now, knowing what to expect, knowing how we’re going to work. That part of it has been really good. It’s an enjoyable group to be around.”

Glisson said a primary focus during the offseason was on improving the effort in the weight room, and he believes that effort has been highly successful.

“We’ve made so much progress,” he said. “It comes from the weight room. They’ve worked hard. You can see the difference it’s made. They are walking arouind with a little bit of confidence now.”

It’s been a busy summer for the Tigers.

They’ve participated in numerous team camps since the start of June, and twice they’ve shared a field with the Callaway Cavaliers.

Troup hosted Callaway for a team camp in June, and on Thursday, the location shifted to Callaway’s practice field.

The teams scrimmaged against each other in an 11-on-11 format, and they also participated in a number of drills and exercises.

The teams got onto the field at 5 p.m., and they finished up about three hours later.

“All in all, it was a good day,” Glisson said. “We were pleased with it. It’s a great partnership.”

The Tigers will now make the transition from their summer program to preseason practice on Monday.

The varsity team will be practicing in the morning, and the junior-varsity and freshman players will be getting together in the afternoons for practices.

The players will put the uniforms on for picture day on July 30, and on July 31, the Tigers will have a “lift-a-thon” in the field house at 7 p.m.

According to the Georgia High School Association calendar, teams can hold their first full-contact practice on Aug. 1.

Troup will visit Harris County on Aug. 12 for a preseason game, and it will travel to Hardaway on Aug. 19 for its regular-season opener.

The Tigers will be looking to bounce back from a difficult 2015 season.

Troup began the season with nine straight losses before beating Whitewater in the regular-season finale.

“I’m proud of them,” Glisson said. “We’ve had a good summer. I think they’re all ready to start playing, get the taste out of their mouths from last year. We’ve got a lot of work left to do, but they’re ready.”

The Troup Tigers and Callaway Cavaliers run a play during Thursday’s team camp that was hosted by Callaway. Kevin Eckleberry | Daily News

The Callaway Cavaliers and Troup Tigers work on a one-on-one drill where the defensive back covers a wide receiver for the opposing team. Kevin Eckleberry | Daily News

http://lagrangenews.com/wp-content/uploads/sites/37/2016/07/web1_troup4.jpgThe Callaway Cavaliers and Troup Tigers work on a one-on-one drill where the defensive back covers a wide receiver for the opposing team. Kevin Eckleberry | Daily News