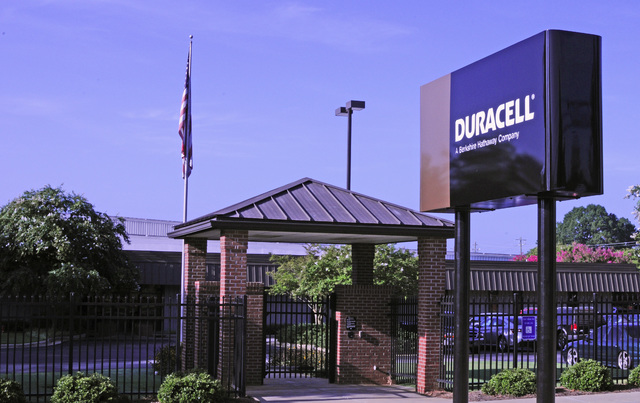 LaGRANGE — Duracell announced this week it will close a plant in Lancaster, South Carolina, and shift production of its AA and AAA batteries entirely to its LaGrange plant.

The move will create new jobs at the LaGrange plant, in addition to the 50 jobs created there over the past year, the company said in a statement. Production of AA batteries at the Lancaster plant will wind down over the next three years, with operations ceasing by the end of mid-2019.

“The shutdown will be completed in phases commencing March 2017,” the company said in a statement. “Duracell is committed to a seamless transition without any business interruption as a result of this change and will continue to innovate and maintain customer service throughout the transition.”

LaGrange was chosen to be the site of the consolidated U.S. operations because of its future land expansion potential, strategic transportation positioning and adjacency to the recently expanded Duracell LaGrange Business Center. Duracell will continue to maintain global production of C and D size batteries at its Cleveland, Tennessee, facility.

Scott Malone, executive director of the LaGrange Development Authority, which seeks to attract industrial employers, said the move by Duracell is welcomed by city officials.

“Our team in LaGrange and Troup County has been working diligently with the local team from Duracell and the state of Georgia to bring this additional investment to LaGrange,” Malone said. “We are thrilled with this decision and looking forward to sharing more with the community in the coming weeks.”

Some affected workers in South Carolina will be encouraged to apply for jobs at the LaGrange plant. Duracell will be working with state officials to ensure employees are informed about re-training opportunities and unemployment benefits, the company stated.

“We examined many options before we reached this conclusion,” said Robert Lorch, president of global operations for Duracell. “This was a very difficult decision as it affects the lives of our team members and their families who have invested so much in this facility. However, after careful deliberation, we’re taking this important step to position the Duracell business for growth.”

Started in the 1920s, the Duracell brand and company was recently acquired by the Berkshire Hathaway Company and has grown to be the leader in the single-use battery market in North America. Berkshire Hathaway is a $210 billion holding company owning subsidiaries that engage in diverse business activities. Visit www.duracell.com for more information.

The Duracell office sits at the corner of Redding and West Lukken Industrial drives. The company recently announced it is closing a production plant in Lancaster, S.C., by mid-2019 and consolidating its operations into the LaGrange plant, expected to create new jobs locally.

http://lagrangenews.com/wp-content/uploads/sites/37/2016/07/web1_web0729Duracell.jpgThe Duracell office sits at the corner of Redding and West Lukken Industrial drives. The company recently announced it is closing a production plant in Lancaster, S.C., by mid-2019 and consolidating its operations into the LaGrange plant, expected to create new jobs locally.