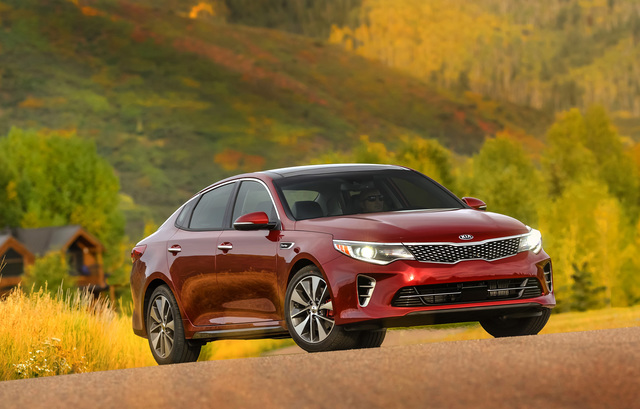 Kia Motors has earned its most-ever J.D. Power Automotive Performance, Execution and Layout — APPEAL — awards with the Optima, Sorento, Sedona and Soul, all garnering awards in their respective segments. The Sorento and Optima are produced at the Kia Motors Manufacturing Georgia plant in West Point.

The quadruple award win has moved Kia to third in the industry among nonpremium brands, according to J.D. Power, up from seventh place in 2015.

“The 2016 APEAL awards are further recognition of the daily work that KMMG team members perform,” said Stuart Countess, chief administrative officer of the KMMG. “We need to continue working hard to ensure that the customer recognizes the value and quality of the Kia brand and especially KMMG. Congratulations again, as we work toward our goal of being the number one J.D. Power and Associates plant award winner.”

The Optima performed 25 points above the segment average in the APPEAL rankings. The Sorento bested offerings from competition in the contested midsize SUV segment.

The Sedona beat segment rivals in the minivan category, and 2016 marks the second consecutive year the model earned an APPEAL award. The Soul garnered its fourth APEAL award, making it the vehicle with the most APEAL accolades in Kia’s lineup.

“Customers want vehicles they’re proud to drive, and Kia earning four J.D. Power APEAL awards, a record for the brand, reflects our global focus of placing our customers first,” said Orth Hedrick, vice president of product planning, Kia Motors America. “Buyers today are smarter than ever and are looking for vehicles that offer a superior combination of design, technology, safety and premium amenities. The Optima, Sorento, Sedona and Soul are prime examples of these important attributes as more people discover the new Kia and its world-class model line every day.”

The announcement follows Kia Motors being ranked highest in the industry in the J.D. Power Initial Quality Study.

J.D. Power, based in Costa Mesa, California, is a global marketing information services company providing performance improvement, social media and customer satisfaction insights and solutions. The company’s quality and satisfaction measurements are based on responses from millions of consumers annually.

The Kia Optima is shown in this promotional photo. It and the Sorento, both manufactured in West Point, received APPEAL awards from vehicle quality-ranking company J.D. Power.

http://lagrangenews.com/wp-content/uploads/sites/37/2016/07/web1_web0729Optima.jpgThe Kia Optima is shown in this promotional photo. It and the Sorento, both manufactured in West Point, received APPEAL awards from vehicle quality-ranking company J.D. Power.