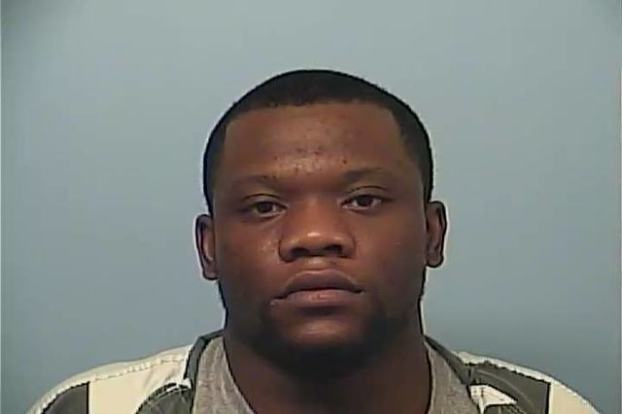 Suspect in drive-by shooting in court

LaGRANGE — One of the men accused of wounding three people in a drive-by shooting made his first appearance in Troup County Magistrate Court on Thursday morning.

Brilliante Cederian Hill of LaGrange was allegedly the front seat passenger in a car that drove in front of a home in the 100 block of Kings Park Lane on June 14 just before 7 p.m. and opened fire, said LaGrange Police Detective John Slonaker.

Three men standing in the front yard of the house were injured, Slonaker testified. Only two of the men were still at the scene when police arrived. One victim was shot in the back; the other was shot in the leg.

The third victim showed up at WellStar West Georgia Medical Center later that night with a gunshot wound to his back, Slonaker told the court.

Detectives discovered seven shell casings in the street left by the gunmen.

One of the victims told investigators he saw a gray Nissan Altima drive down Kings Park Lane, make a U-turn in the cul-de-sac and come back up the road just as someone fired a gun from the car, Slonaker said.

Another victim told Lt. Dale Strickland he recognized the front seat passenger as a man nicknamed “Blunt,” which is how Hill is referred to on the streets, Slonaker said. The victim also identified Hill in a photo lineup.

Hill was arrested on June 21 and charged with three counts of aggravated assault and six counts of participation of criminal street gang activity.

He failed a polygraph about the incident, testified Slonaker.

A witness was able to identify the rear seat passenger as a man known as “Mojo,” who investigators believe is Javious Heard of LaGrange, Slonaker said.

Arrest warrants have been issued for Heard, but he has not yet been taken into custody by police, Slonaker told the court. The driver of the Nissan Altima has not been identified.

Anyone with information on this incident is asked to call the LaGrange Police Department at 706-883-2603 or Troup County Crime Stoppers at 706-812-1000. Callers can remain anonymous.

LaGRANGE — Some members of the Choral Society of West Georgia are smiling but weary after a weeklong, collaborative concert... read more